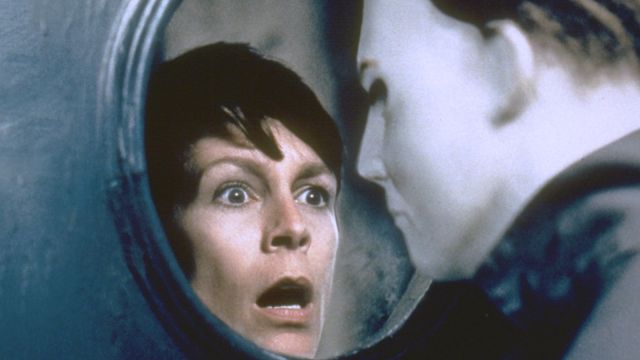 With the release of Halloween Ends comes the sudden reappraisal of one of the franchise’s most forgotten, and arguably worst, movies.

Released to much scorn and middling reviews in 1998 was Halloween H20: Twenty Years Later, which bizarrely acted as both a reboot and retcon of some of the most crucial elements of the Halloween story. In case it wasn’t abundantly clear from its subtitle, it is set 20 years after the original Halloween.

However, some 24 years on from H20, audiences are suddenly looking back on the film with great fondness. Somehow. H20 pivots on Laurie Strode abandoning her past and hiding under a new identity to escape from her past, but is suffering from PTSD all these years on.

A few even went as far as to say Jamie Lee Curtis is more convincing in H20 than she is as a veteran actor in the recent David Gordon Green trilogy, which, okay? One of the biggest intrigues from H20, despite its mostly uninteresting everything is the reference to the Psycho films which remains one of the strangest horror franchise links to date.

RedLetterMedia’s Jay Bauman praised H20, despite its utter mediocrity, for giving a more realistic view at trauma and PTSD, comparing the recent trilogy unfavorably. It seems the PTSD angle is something which Curtis has been particularly interested in for a while, with her honing into it as an executive producer on the Green trilogy.

However, the most blasphemous comment might just be H20 somehow being better than Halloween Ends. It’s like comparing apples and oranges. Or comparing a brisk 110 minutes with a snails-pace 88 minutes. Ends has just seen its critical score release, and as it stands is lower than H20 so perhaps they’re right.

Impressively, and quite sadly, H20 is still the highest rated sequel in the original Halloween saga. Which frankly is ridiculous, considering Halloween III: Season of the Witch has people go inside with chunks of Stonehenge, so should be one of the greatest films ever made.

Halloween Ends is currently in cinemas, as well as streaming simultaneously on Peacock.