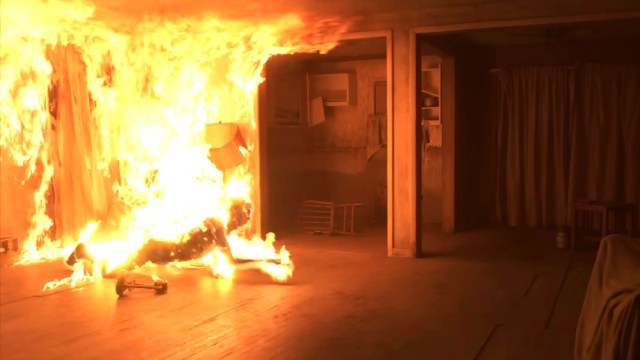 Based on nothing but the critical and commercial reception afforded to breakout horror Smile, it’s indisputable that the high concept psychological horror can be deemed as one of 2022’s most successful releases.

On a budget of just $17 million, writer and director Finn Parker’s breakthrough feature has sailed past $210 million at the box office, in part assisted by an incredible viral marketing campaign that hired extras and actors to attend public events solely to grin creepily into the camera in a guerrilla stunt that clearly reaped huge rewards.

Over on Rotten Tomatoes, Smile is Certified Fresh with a robust 79 percent score from 174 reviews, while upwards of 2500 users have deemed it worthy of a 78 percent audience average. As mentioned, it’s hard to argue with the facts, but a recent Reddit thread has highlighted that not everybody was left bowled over by the movie.

Surprisingly, the general consensus is that Smile may have been somewhat over-hyped, with many echoing the sentiment that it was nowhere near as viscerally frightening, edge-of-the-seat terrifying, or game-changing as they’d led to believe. As it turns out, you can’t believe every shred of internet buzz. Who’d have thought?

Horror in general tends to be fairly divisive whatever film or television title ends up having a spotlight shined upon it at any given time, but given how immensely profitable and widely-acclaimed Smile turned out to be, it’s still a shock to discover the dissenters speaking out so soon after its initial release at the end of September.