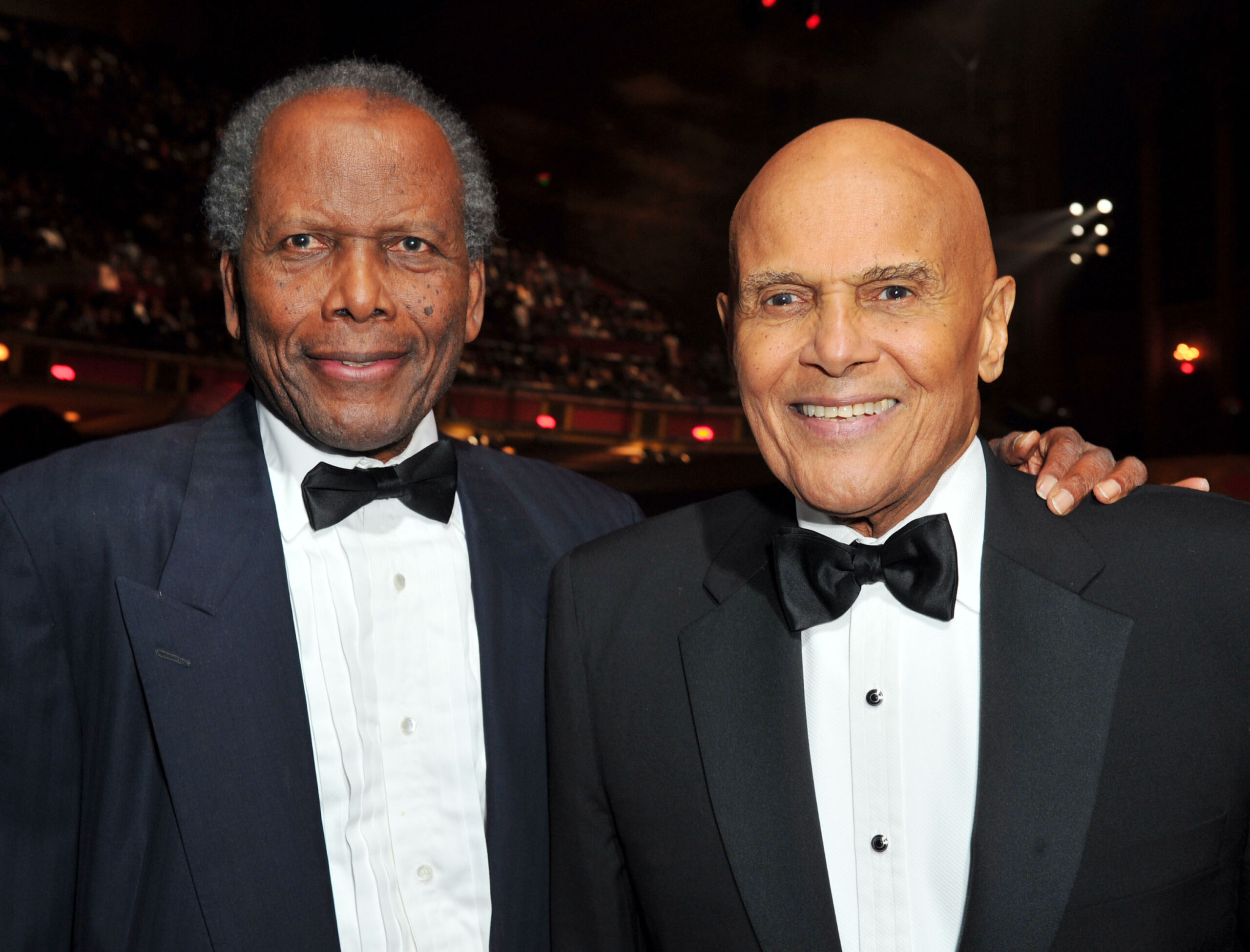 Stars are paying tribute to the iconic Sidney Poitier.

Poitier, who has appeared in about 55 acting projects and was the first Black man to win an Academy Award for his role in 1963’s Lilies of the Field, tragically passed away on Jan. 6 at the age of 94.

Although details surrounding his death have yet to be revealed, countless celebrities like Oprah, Viola Davis, Tyler Perry, and former chairman and CEO of Walt Disney Robert Iger mourned the loss of the beloved actor.

Oprah, who shared a throwback image of her and Poitier, wrote how great of an honor it was to have loved him.

“For me, the greatest of the “Great Trees” has fallen: Sidney Poitier. My honor to have loved him as a mentor. Friend. Brother. Confidant. Wisdom teacher. The utmost, highest regard and praise for his most magnificent, gracious, eloquent life. I treasured him. I adored him. He had an enormous soul I will forever cherish. Blessings to Joanna and his world of beautiful daughters.”

Viola Davis commemorated Poitier’s work while also mentioning how the actor paved the way for Black performers that came after him following his memorable roles.

She said, alongside a photo of her husband, Poitier, and his daughter, “This is a big one. No words can describe how your work radically shifted my life. The dignity, normalcy, strength, excellence, and sheer electricity you brought to your roles showed us that we, as Black folks, mattered!!!”

Davis wrapped up the post by informing her fans of the one thing she held close to her when interacting with Poitier. “It was an honor for my husband and I to share lunch with you at Spagos. You told us, “If your dreams do not scare you, they’re not big enough”! I put this quote on my daughter’s wall. Rest well Mr. Poitier.”

In a lengthy caption, Tyler Perry explained how great of an influence Poitier was to his followers. The mogul stated while mentioning how the actor’s death falls close to the first anniversary of Cicely Tyson’s death.

“Around this time last year, Cicely Tyson was releasing her book and promoting it. I had no idea she would pass away shortly thereafter. Now, to wake up this morning to a call that Sidney Poitier has passed away…all I can tell you is that my heart broke in another place. The grace and class that this man has shown throughout his entire life, the example he set for me, not only as a Black man but as a human being will never be forgotten.”

To read the full quote, check out the post down below.

Denzel Washington said in a statement, “It was a privilege to call Sidney Poitier my friend. He was a gentle man and opened doors for all of us that had been closed for years. God bless him and his family.”

“For over 80 years, Sidney and I laughed, cried and made as much mischief as we could. He was truly my brother and partner in trying to make this world a little better. He certainly made mine a whole lot better.”