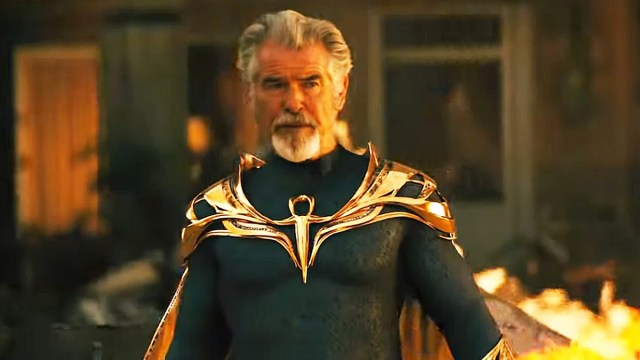 Much like he is everywhere else on the planet, Dwayne Johnson is a massively popular presence in China, so you’d imagine the star and producer would have been pushing hard for Black Adam to land a potentially lucrative theatrical release in the country.

One major problem is that the notoriously strict censorship board haven’t exactly been as welcoming to Hollywood blockbusters as they once were, with the Marvel Cinematic Universe effectively being locked out completely. That being said, there was still hope from Warner Bros. and DC Films that the comic book adaptation would be approved and rolled out to theaters, but Black Adam‘s chances may have ultimately been scuppered by a pair of highly unlikely sources.

As picked up on by Reddit, the story currently sweeping the internet is that Doctor Fate actor Pierce Brosnan sporting apparel relating to the Dalai Lama during a recent interview ignited the fury of local Marvel supporters, who then mobilized online in an effort to have Black Adam denied a theatrical bow. The initial source of the report was one of the first people to claim that Venom: Let There Be Carnage and Spider-Man: No Way Home would also be denied a Chinese release, so there’s a decent amount of weight to the chatter.

Strangely enough, Black Adam was said to have been given the okay to hit China a while back, but it would certainly appear that those plans have been changed. We wonder if the top brass are going to have a word with Brosnan for inadvertently costing them a small fortune, because it’s not as if the former James Bond would have deliberately sabotaged the project.