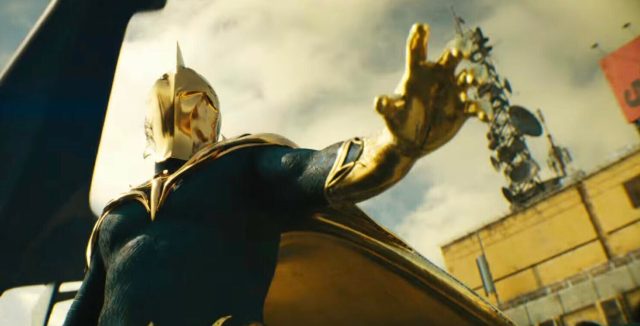 Pierce Brosnan confirms that playing Doctor Fate in Black Adam has been the most exciting character he’s ever played. These are big words coming from the seasoned actor, considering he’s had many roles over his illustrious career, including iconic secret agent James Bond.

In an interview with Den of Geek, Brosnan explained what makes this role so important compared to the others.

Dwayne Johnson will be playing the titular anti-hero Black Adam, who seeks to exact his own brand of justice upon a world that caused him so much pain and loss. Doctor Fate will be part of the Justice Society of America, which includes Aldis Hodge as Hawkman, Noah Centineo as Atom Smasher, and Quintessa Swindell as Cyclone.

Brosnan said that working with this cast was one of the highlights of the whole production.

“They have become dear cherished friends. Watching them, I was a member of the audience. I was bewitched by moviemaking. The sweet innocence of Cyclone, the erudite life that Quintessa has, mixed with the jovial charisma and big puppy dog energy of Noah. Then the commanding presence of Hawkman: my oldest friend, my commander, my leader.”

Playing DC Comics’ sorcerer supreme Doctor Fate is a huge deal. He’s one of the strongest heroes in all the universe, with immense magical might and the gift (and curse) to see into the future. Kent Nelson is a complex character with the weight of the world on his shoulders.

Although this is his first time playing a superhero character, Brosnan isn’t new to the world of comic books. He revealed that his mother would send him Dan Dare books, which introduced him to the world of comics, and now he feels like Doctor Fate has come to him at the right time.

“Doctor Fate found me at a good point in my life; having traversed the world of James Bond and having been at the table as long as I have, it felt like a good fit. And Jaume [Collet-Serra] is such a collaborative director—he made me very comfortable and gave me the confidence to portray Doctor Fate. Down to the design of the helmet, I was a participant, so it was an education for me to find out this character was so loved and one of the oldest heroes in the pantheon of comic books.”

More images from Black Adam have been revealed at Comic-Con, giving audiences some new looks at its characters. One such image shows Kent holding his helmet in one hand and keeping Black Adam back with the other in what looks to be a heated confrontation. Doctor Fate is one of the few characters who can stand his own against the Black Adam, and things just might get rough if events go awry.