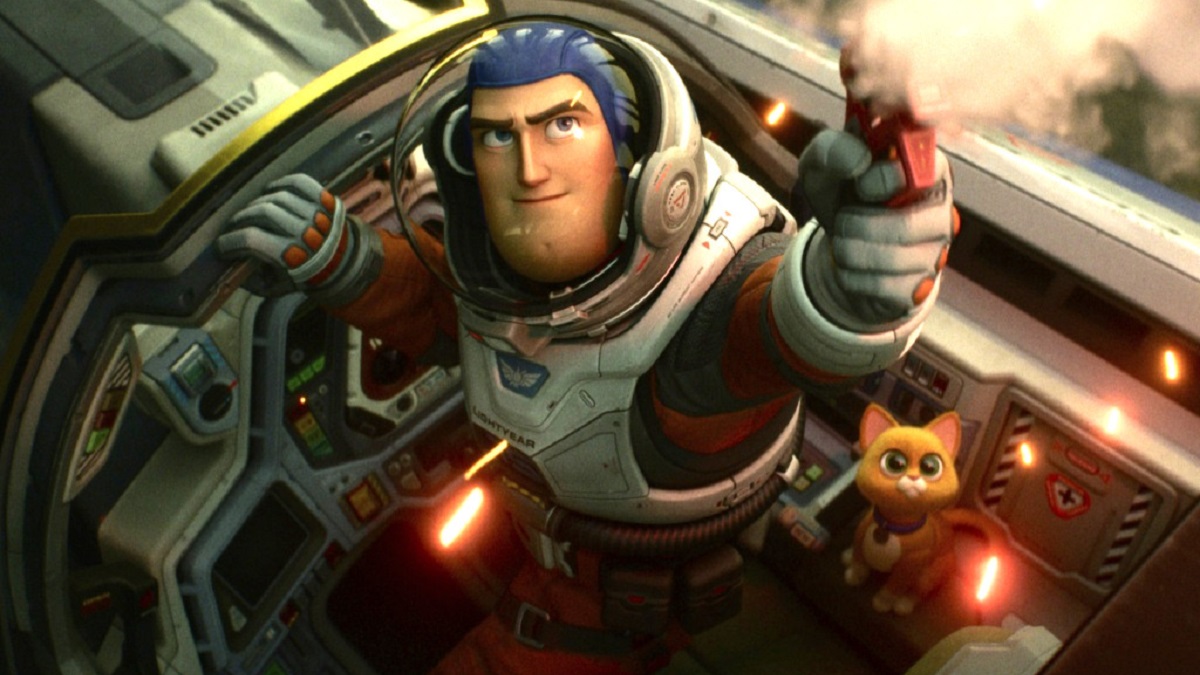 Lightyear is finally out in theaters this weekend, which is good as fans have finally gotten their heads around the film’s slightly confusing premise. Yes, the Toy Story spinoff is supposed to be the movie that Andy’s beloved toy is based on, hence why Buzz is the hottest action figure around in the first film. But, even though folks have just accepted this concept, a new bit of promo art for Lightyear has got Pixar lovers scratching their heads all over again.

The promo art in question imagines Andy going to see the Lightyear movie in the theater, surrounded by all his toys. Sure enough, his Buzz figure isn’t with him, so this fits with the idea that he begged his mom to get him one for his birthday after catching the flick. But, valiant though the artwork’s attempts to maintain continuity are, it creates another couple of major anomalies instead.

For starters, it doesn’t make a whole lot of sense that Andy brought his toys to see the film with him as, if you recall, the gang aren’t familiar with Buzz in Toy Story 1.

The second major point is that the Little Green Men from Pizza Planet are among the toys, which they shouldn’t be, as they’re introduced during the events of Toy Story.

Maybe a wizard did it?

As a wise potato head once said, what are you trying to pull, Pixar?

And, hey, wait, where the heck is Andy’s mom?

And what kid brings their toys with them to the movies, anyway?

Why is everyone just accepting this unsupervised kid’s crazy behavior?

Oh, so that’s the reason for all these errors. Apparently the normal laws of time and space don’t apply in this theater.

Last but not least, that Andy is way too lifelike to be Toy Story‘s Andy. He should look way more uncanny.