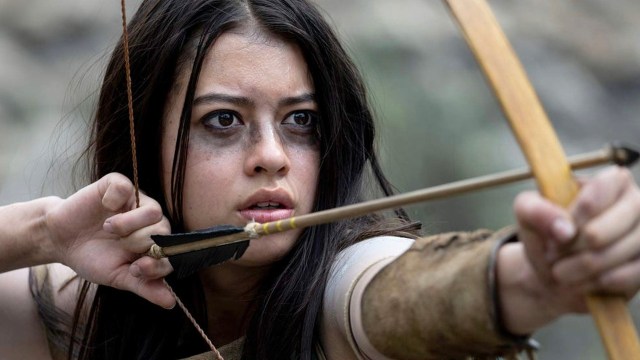 By this point, Marvel has worked with such an enormous swathe of the working actors of Hollywood that they’re having to double-up and bring back people they’ve previously hired — see Gemma Chan appearing in both Captain Marvel and Eternals. It’s fair enough for producers and execs to overlook when they’ve already cast someone, though, but a tad more unusual for an actor themselves to forget they’ve already been part of the Marvel family.

And yet it seems that’s exactly what Amber Midthunder has done. Variety caught up with the Prey actress on the red carpet for the Newport Beach Film Festival and asked her that age-old question about whether she’d want to join the Marvel universe. Here’s what the Roswell, New Mexico vet had to say in response:

“I’m definitely a big MCU fan. I’ve always loved the X-Men movies, all the Avengers movies. I’ve always been a big fan of the MCU. We’ll talk about [who I could play] later.”

The funny thing is that Midthunder fails to mention she already has a Marvel project on her resume. From 2017-2019, the 25-year-old performer featured as a regular on FX’s Legion, the mind-bending comic book show from Fargo‘s Noah Hawley that was set in the X-Men universe. The acclaimed series starred Dan Stevens as David Haller, the long-lost psychic son of Professor X.

Sure, the fact that Legion wasn’t specifically part of the MCU ensures it doesn’t preclude Midthunder from snapping up another role at some point, but the newfound connectivity between the MCU and the X-Men’s world — including Patrick Stewart popping up as Charles Xavier in Doctor Strange 2 — means there’s always a chance she could reprise her character, mutant Kerry Loudermilk. And yet it seems Midthunder would be much more keen to embrace the opportunity to play a brand-new role.