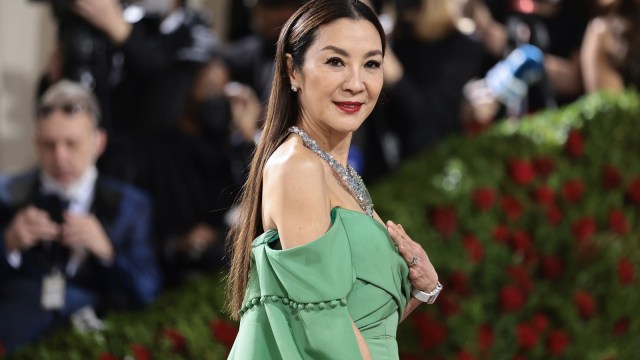 Everyone knows that Michelle Yeoh is one of cinema’s most pre-eminent badasses, something the 60 year-old recently proved yet again thanks to a barnstorming lead performance in the acclaimed Everything Everywhere All at Once, A24’s highest-grossing release ever that indisputably ranks as one of the year’s best movies, and could even be in with a shot at a dark horse Academy Award nomination for Best Picture.

It’s also no secret that Quentin Tarantino is a massive fan of the actress, and it remains a point of frustration for many fans that they haven’t worked together in any capacity as of yet, especially when the two-time Oscar winner continues to claim that he’s retiring after his next feature.

As it turns out, the duo almost crossed paths in Kill Bill, but Yeoh was ruled out of the running for reasons that are as blatantly obvious as they are head-scratching. Speaking to Town & Country, the Crouching Tiger and Shang-Chi alum admitted that Tarantino told her there was no way anybody would buy into the idea of Uma Thurman taking her down in combat, which is fair enough.

“I must say, Quentin, he’s persistent. He is who he is today because he’s full of passion and love, so he wore me down… I asked Quentin the same question [about Kill Bill]. He’s very smart. He said, ‘Who would believe that Uma Thurman could kick your ass?’”

Thurman’s Beatrix Kiddo cut a swathe through every opponent she came across during her two-part roaring rampage of revenge, but despite the heightened realism and over-the-top violence that defined the Kill Bill saga, longtime Yeoh supporter Tarantino still thought it would be stretching suspension of disbelief too far to have the Bride come out on top.