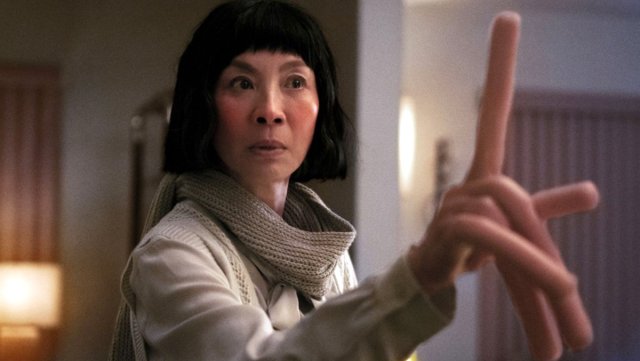 July has been a great month for independent cinema. Everything Everywhere All at Once, A24’s unprecedented phenomenon, has just become the first movie from the independent entertainment company to cross the $100 million mark at the global box office.

The martial arts meets multiverse spectacle directed by Daniel Kwan and Daniel Scheinert was first released in theaters in March. Only two months later, it had already passed the Safdie brothers’ Uncut Gems as A24’s highest domestic grosser. In June, it took over Ari Aster’s 2018 horror film Hereditary to become the company’s biggest ever global hit. But the records didn’t stop there.

Realizing the movie’s potential to make box-office history, A24 decided to re-release it in US cinemas last Friday with eight minutes of outtakes and a personal message from the Daniels. Now that the weekend tally has been counted, the movie has added $650,000 to its score, for a total of $68.9 million in domestic ticket sales, and $31.1 million internationally, Variety reports. With the re-release one of the year’s most talked about films is now officially in the $100 million club.

After Jordan Peele’s NOPE registered the best opening weekend for an original IP since 2019, this benchmark for A24 spells good news for the future of independent filmmaking, after a few rough years caused by the COVID-19 pandemic.

For the lucky few who will still get to experience this gem for the first time, in theaters or elsewhere, Everything Everywhere All at Once tells the story of Evelyn Wang, a Chinese immigrant in the US, in a dispute with the IRS, who is tasked with saving the multiverse from the apocalyptic grasp of Jobu Tupaki.

Find We Got This Covered‘s four and a half star review of the movie here.