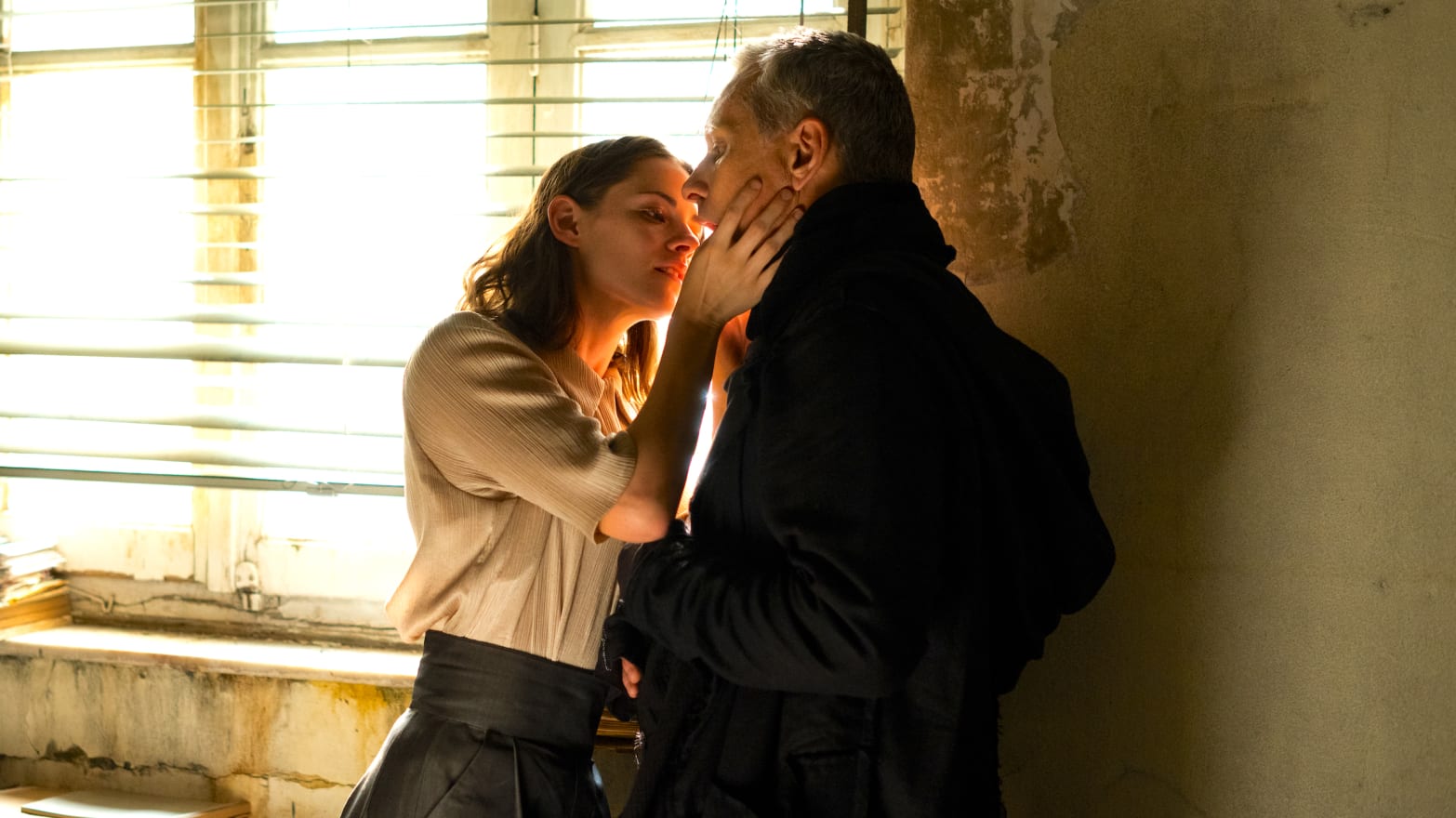 Image via NEON
Review of:

All art is an act of opening up. David Cronenberg takes this truth and makes it literal with his latest film, Crimes of the Future. The body horror master, best known for his early career movies like Videodrome, Scanners, and The Fly, has made his first film in eight years. There are moments in this movie that any Cronenberg fan would expect (albeit, they might be relatively tame in comparison to his work), but the thing that really makes this film stand out is its disarming tenderness and intriguing themes.

Birthed from a script written by Cronenberg 20 years ago, Crimes takes place in a nearby future. We’re not told exactly what happened, but we’re now in an era of human evolution where physical pain is absent and artists wield surgical sarcophagi-like machines (the model we see the most is literally called a “Sark”) to perform surgery as performance art. Saul Tenser (Viggo Mortensen) is one of the best of these artists. His partner in art and life, Caprice (Léa Seydoux) tattoos and removes the extraneous organs Tenser grows (due to a disorder he has) from his body for a live audience. Aristocratic viewers look on as Saul is literally ripped open, and his insides are removed and displayed in an act of art and obvious pleasure. Soon enough, the pair get wrapped up with a bureaucratic arm of the government in charge of cataloging new organs, radical evolutionists, and a whole host of other characters.

This is all a lot to keep up with, and trying to follow every thread the movie sets up can be frustrating. However, the complicated plot of Crimes feels very much like the plot of The Big Sleep. Specifically, the details of what happens aren’t as important or captivating as the themes and ideas being explored throughout the movie. Sometimes, the minutiae of the plot aren’t the point, and a movie that can prioritize exploring big themes and ideas successfully is something to be admired. Speaking of the themes and ideas in this movie, there are certainly a lot of them: the advancement of humanity, the consequences of a post-climate crisis future, autonomy, self-acceptance, and what makes someone human. Overall, the movie handles all of these with a tender and sometimes playful touch that can be felt from the script up to the performances and shot setups. As Caprice says at one point in the movie, “It’s juicy with meaning!”

The performances here are juicy as well, with Mortensen offering a wholly unique performance as Saul Tenser. He’s committed to a physical performance here, writhing and coughing throughout to bring Tenser’s physical condition to the foreground of the character without making it overwhelming. Mortensen is also very tender and open (no pun intended), adding to the disarming charm of the whole affair. Kristen Stewart as Timlin, one of the bureaucrats charged with archiving new human organs for the government, makes risky choices that work. She’s all breathy, pointed looks and whispers, sweaty with nerves and desire — timid with a wiry energy breaking through the surface. It’s great hearing her say the tagline, “Surgery is the new sex,” with wiry confidence. It’s a performance I thought was going to be grating at first, but won me over as the movie progressed. I’d also like to highlight Tanaya Beatty and Nadia Litz, who play two technicians for Tenser’s machines. They delighted me every time they were on screen, especially when it’s revealed that they might have more sinister intentions than they initially let on.

The world of Crimes is at once familiar and alien, and I wanted to spend more time in it. I found myself in awe of how visceral and cool everything looks. The OrchidBed where Tenser sleeps is a software-infused bed that adjusts itself to its users needs as they sleep. It looks like a giant brain floating above the floor of his bedroom, writhing with fleshy wires that lead up to the ceiling. There’s also a chair made for aiding digestion that looks like a high chair made out of human bones. Of course, there’s the Sark module I mentioned earlier in this review which looks exactly how it sounds: a dark sarcophagus with windows to showcase surgeries of all kinds. I haven’t even gotten to the synthetic candy bars, which are toxic but look delectable. The set design is immaculate and is another element that keeps you entrenched in the world of Crimes.

Tender, slower-paced than Cronenberg’s usual fare, but just as juicy with body horror and feeling, Crimes of the Future is a movie worth opening yourself up to. Come for the promise of graphic spectacle, stay for the tender rumination on art and autonomy. You won’t regret it.