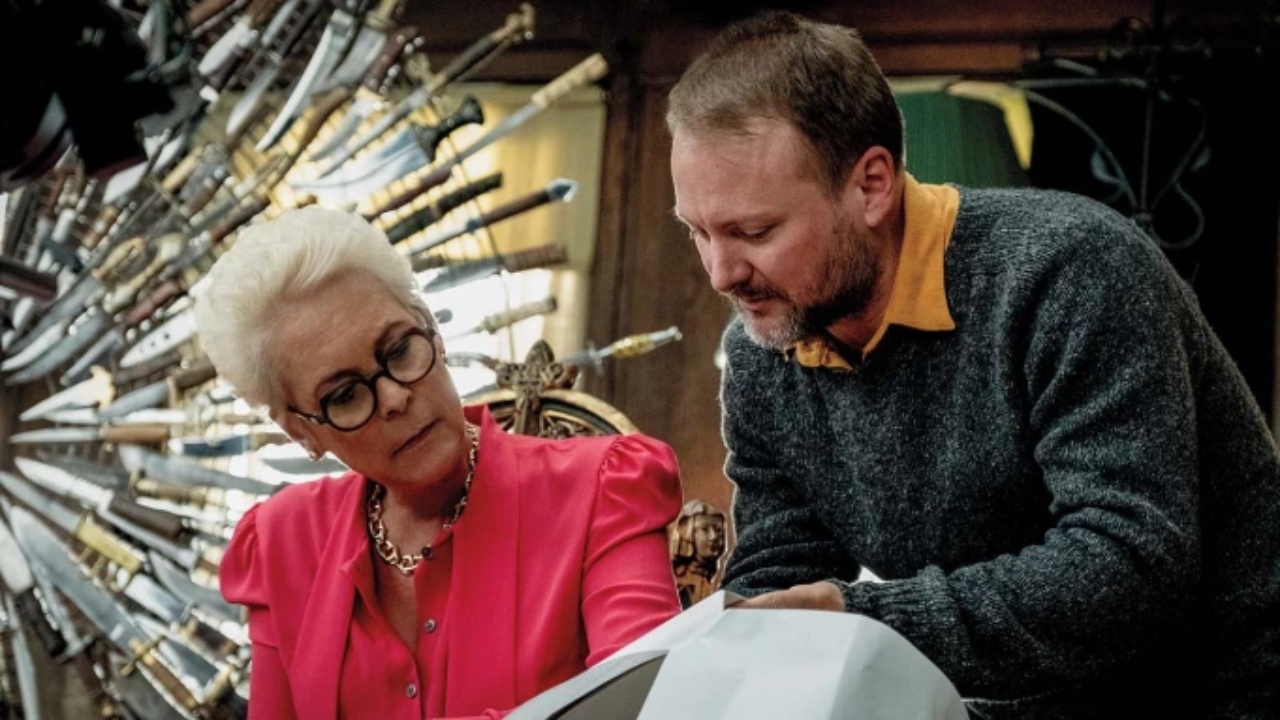 Three years ago, Star Wars alum Rian Johnson helmed the latest and greatest in mystery thrillers. Knives Out follows Benoit Blanc (Daniel Craig), a private detective tasked with investigating the suspicious death of a patriarch in a wealthy and dysfunctional family. As clues reveal themselves and the mystery unravels, Blanc begins to suspect foul play.

Alongside Daniel Craig, Knives Out features an ensemble cast including Chris Evans, Ana de Armas, Jamie Lee Curtis, Michael Shannon, Don Johnson, Toni Collette, Lakeith Stanfield, Katherine Langford, Jaeden Martell, and Christopher Plummer. When it debuted, Knives Out was selected by the American Film Institute as one of the top ten films of 2019, and deservedly so.

In March 2021, as reported by Variety, Netflix had agreed to pay $469 million for the rights to two sequels that were to be written and directed by Johnson, with Craig reprising his role as detective Benoit Blanc. Filming for Knives Out 2 began in June 2021 and Craig has promised an even wilder ride than the first.

Flash-forward to January 2022 and cinephiles are raving about Scream 5, aptly titled Scream to pay homage to its original material. Directed by veteran directors Matt Bettinelli-Olpin and Tyler Gillett (Ready or Not), the latest Scream installment was praised by critics as honoring Craven’s legacy and offering thoughtful meta-commentary on horror films, with some even calling it the best of the Scream sequels.

Rian Johnson had an off-screen cameo in Scream, wherein he was credited as the creator behind the Stab franchise based on the Woodsboro murders. In the new movie, it turns out the latest Stab installment is very unpopular with the fanbase, and it was directed by none other than Rian Johnson. Due to the Johnson reference, the Knives Out director proposed a crossover set in the Scream universe.

Johnson posted to his Twitter account, saying: “SCREAM 8: A BENOIT BLANC MYSTERY” and so far, the tweet has received over twelve thousand likes and plenty of comments weighing in to encourage the crossover. It would seem that fans are ecstatic about the idea, especially those who thoroughly enjoyed both Scream and Knives Out.

It would be a cinematic spectacle to see Scream legends Neve Campbell and Courteney Cox interact with the likes of Daniel Craig, but that crossover remains — in the meantime — merely a hopeful pipe dream for both horror and mystery fans alike.