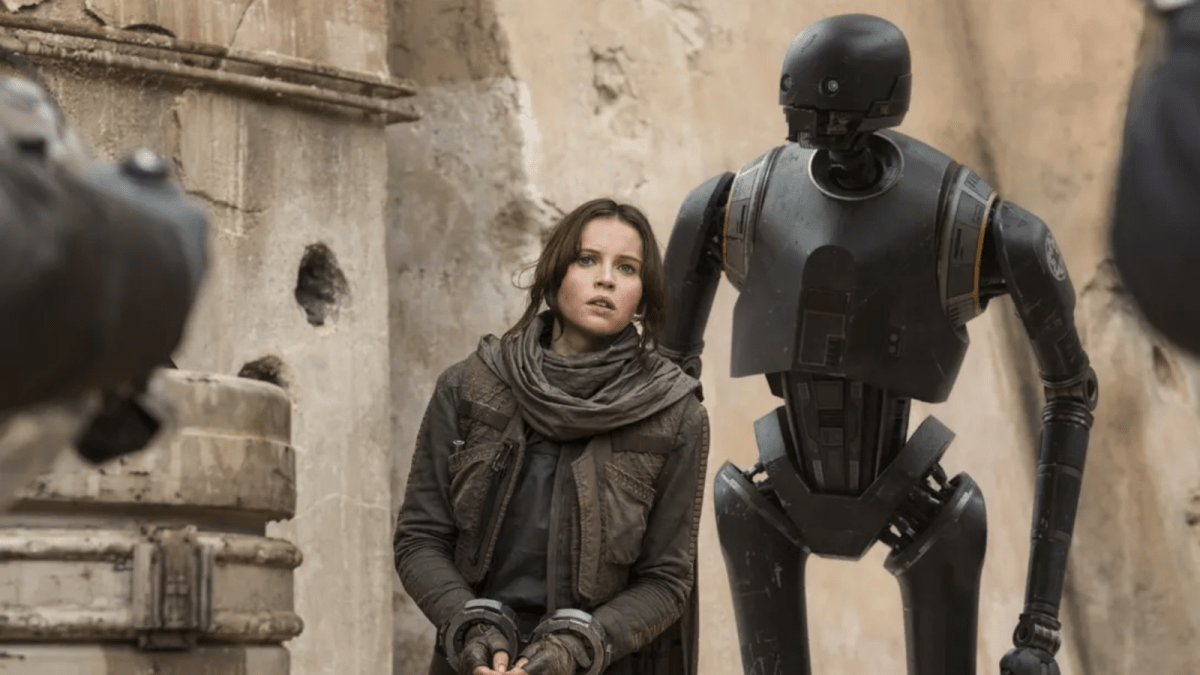 Offering comic relief in a story on a serious mission, K-2SO easily stole the show in Rogue One. With Andor being about the spy who played center stage in the Star Wars movie, fans are wondering where K-2SO has been. With the first season all wrapped up, the mechanical badass was a no show and now with season 2 set to come out at some unspecified time in the future, fans are wondering how he might make his appearance.

There are several ideas swarming Reddit and it really gets interesting. It should make any director in the Star Wars Universe wonder if fans might be able to write some of these episodes themselves. They come up with some really great ideas and the higher-ups should be taking notes.

Cassian hasn’t always had the best relationship with K-2s. When he encounters an Imperial Security Droid in episode 7, it’s not pleasant. It’s a weird scene to watch the droid pick him up by his throat and hold him about a foot in the air. That’s not the kind of K-2 fans were used to seeing.

It appears there is a general consensus that if a K-2 shows up in season 2, it will start off bumpy. Possibly, Cassian takes it out of operation. But of course, he’s a resourceful guy so it won’t go into the trash heap. There might be some redemption for the bucket of bolts that helps him become that beast that fans love and adore in Rogue One.

An imagining the likes of which is similar to the work of Dr. Frankenstein, the mind of the Bee dropped into Andor’s co-pilot would help everyone sleep better at night. It’s a bit tricky, but it can be done. With a wrench, a screwdriver, and a computer programming manual, Cassian can pull it off.

It has surprised many fans that K-2 wasn’t in the first season. It just seemed odd to have Andor without his bestie. That’s why so many fans are calling for it and some insist. When fans have so much faith that something will happen, the writers might want to pop their heads into the Reddit Writing Room and see what all the buzz is about. They might get some good ideas.

Season 1 of Andor was released in September on Hulu and it’s streaming now. Catch up on all the action before season 2 gets dropped into the streaming platform.