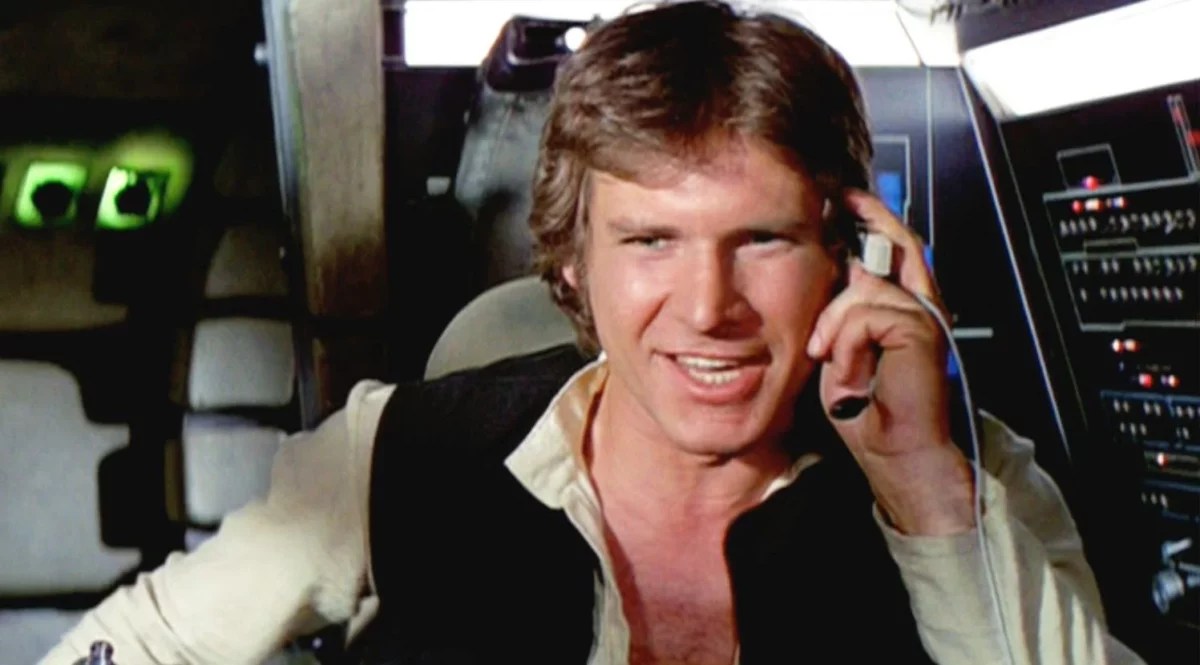 The 1977 groundbreaking film Star Wars, which is responsible for birthing one of the most beloved movie franchises in history, wasn’t exactly the most well-liked film while it was being made.

Every few years, you hear another story of someone who worked on the film who thought it was not going to be very successful and even some who thought it was complete garbage. Such stories are welcomed since they prove that movies like Star Wars can only be fully appreciated when it becomes a completed product.

Ironically, the board of directors at 20th Century Fox, who approved the film’s budget of $8.25 million dollars, mostly considered it nonsense once the filming was well under way. It sounds ridiculous now but can you blame them? What they saw were strange costumes in a bar, a giant hairy monster, strange dialogue, and no special effects yet. One can understand why there would be such a reaction.

A lot of the crew who worked on the film also thought it odd, to say the least. Some of the cast even agreed.

Harrison Ford, who played Han Solo in the film (his breakout role), had explained before that the crew “couldn’t figure it out. They laughed at us constantly and thought we were ridiculous.”

You can read more here about Ford discussing the “complete and utter disdain” that the “very experienced British crew” felt about what they were doing.

He also pointed out, in the lengthy Empire of Dreams documentary that, “There’s a princess with weird buns in her hair, a giant in a monkey suit or something, it was weird. It was very, very weird.”

In that documentary about the making of the original story, the actors offer what they and others thought of the film during its creation.

Anthony Daniels, the English actor who played C-3PO, remarked, “I’m not putting down the British crew but there was kind of an attitude like, ‘What is this?’”

Once filming moved from Tunisia to Elstree Studios just outside of London, that they had to deal with the strong British union rules, which included the work day ending at 5:30.

George Lucas explained, “At 5:30 we had to stop unless we were in the middle of a shot. I could ask the crew for an extra 15 minutes but they always voted me down.”

Kenny Baker, who portrayed R2-D2 in the films, stated, “I didn’t think it was gonna be any good. I thought, ‘This is a bit strange.’”

He further recalled, “I can remember this lighting man saying ‘What is all this about?’ He said ‘It’s a load of rubbish.’” Baker admitted, “We all thought that.”

Many things would break on set or not work. The lightsabers broke constantly during Kenobi and Vader’s duel, they often couldn’t properly turn the head on R2-D2 when he was moving, some of the electronic props were failing, and other equipment broke down.

It seems that the board of directors at 20th Century Fox had other concerns. They sent a memo which included the suggestion that Chewbacca wear pants. Mark Hamill recounted the ridiculousness of the suggestions, stating, “Of all the things to worry about….the wookie has no pants.”

Alan Ladd, Jr., head of production for 20th Century Fox whose belief in the film helped it see the light of day, stated that he was “very nervous about the cast.” However, he fully believed in George Lucas and continued to support the film.

Unfortunately, the board of directors didn’t agree. Ladd explained, “Every board meeting I attended the subject was always about Star Wars. ‘The cost is rising. The script makes no sense to us in any way shape or form.’ It was rather unpleasant.”

Of course, so much of what the actors and crew were seeing would change in the editing process and not just the special effects. With so many people in costume, hearing the film without the voiceovers creating some humorous reactions.

Ken Ralston, who worked on visual effects of the film, said: “I can still hear David Prowse’s accent in the Darth Vader mask, muffled. It was hilarious and terrifying at the same time because we didn’t know what Darth sounded like. That was the first time we heard him.”

Princess Leia herself, Carrie Fischer, explained, “We didn’t see anything of what ended up on the screen. I mean, it was funny.”

In his book Inside the Star Wars Empire: A Memoir, Bill Kimberlin — who worked at Lucasfilm starting with Return of the Jedi — recalled seeing the final edit of Star Wars without music, sound effects, or voiceovers: “Watching it was an eye-opener. Without the final polish it looked awful, worse than amateurish.” He goes on to explain that he recalled hearing that the crew thought it was terrible and that he could see why they didn’t expect much from it.

Thankfully, all the right parts would soon fit perfectly in to the film. Kimberlin further says in his book, “That is partly why George Lucas called the division of Lucasfilm that I worked for ‘Industrial Lights and Magic.’ Because moviemaking is a craft at its base, which with the right collaboration of artists, can become art. But it takes a kind of magic to make it all happen — that rare mix of technology, money, business acumen, talent, and luck.”

Ultimately, it was George Lucas’ vision that made the difference. As Harrison Ford said, “It’s amazing what you can do when you have a vision, when you have an ambition and when you can bend other people’s will to your desire. The thing that kept it focused towards the ambitions was George’s vision and his passion for the idea.”

That vision is the true heart of Star Wars. Without it, it’s just another movie. Perhaps it’s said best by Gareth Wigan, former production Executive at 20th Century Fox. In the Empire of Dreams documentary, he stated, “George is enormously far-sighted and the studio wasn’t because they didn’t know that the world was changing. George did know the world was changing. I mean, he changed it.”