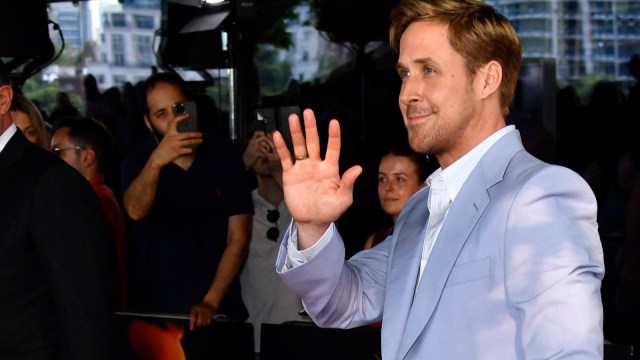 Ryan Gosling has become the latest high-profile actor to repeatedly bat away speculation linking him with a role in the Marvel Cinematic Universe, which all started when an unfounded rumor claiming he’d been approached for the in-development Nova project began making the rounds.

To be fair, the star of Netflix’s incoming blockbuster The Gray Man didn’t make things any easier on himself when he dismissed the Richard Rider chatter, instead revealing that he’s always had a soft spot for Ghost Rider. That in itself led to a wave of online discussion, but Gosling has now suggested another (and much more obscure) way of getting himself into the MCU.

Speaking to Josh Horowitz, the 41 year-old admitted that he doesn’t know a thing about Nova, but he’d be more than happy to suit up as Captain Canada.

“I don’t know anything about Nova, if that’s what you’re going to ask me. It doesn’t matter. I wasn’t right for it. But I would love to do it. It’s just, what’s the one? I was waiting for the Captain Canada call.”

Having additionally joked that he was hoping his Gray Man directors Joe and Anthony Russo would get him in the door, one day we could be looking back at the trail of breadcrumbs left behind by the actor that eventually led to his debut in the superhero franchise.

There have been several versions of Captain Canada over the years, not all hailing from Marvel, but we’d be doubtful Kevin Feige would want anyone stepping on Anthony Mackie’s patriotic toes as a localized costumed crimefighter, not least of all a star of Gosling’s caliber.