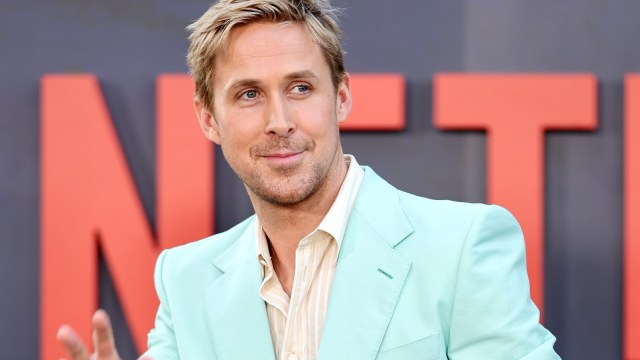 Ryan Gosling has been at the center of a whirlwind comprised entirely of superhero scuttlebutt over the last few days, with the two-time Academy Award nominee doing nothing but stoking the flames of Marvel Cinematic Universe speculation.

Having denied he’d secretly been cast as Nova, Gosling them made it perfectly clear that he’d love to take a shot at the franchise’s rebooted Ghost Rider, a project that doesn’t yet officially exist as far as we’re aware. Some fans loved the idea, others weren’t entirely sold, but it seems as though the star is determined to get his foot in the door one way or another.

In an interview with Extra, Gosling was once again asked about his interest in boarding the single most successful film and television saga in history, and he was hardly trying to distance himself from the talk. In fact, in reference to The Gray Man directors and MCU veterans Joe and Anthony Russo, the 41 year-old said “I hope they can manifest this MCU thing”.

Joe and Anthony no doubt have Kevin Feige on speed dial having called the shots on four installments that yielded strong notices from critics, rave reviews from fans, and billions upon billions of dollars at the box office, but the company’s chief creative office probably wouldn’t need too much convincing were a talent of Gosling’s caliber presented to him on a silver platter.

It may not end up being Ghost Rider, but you get the feeling that Gosling is edging closer and closer to signing on that dotted line.