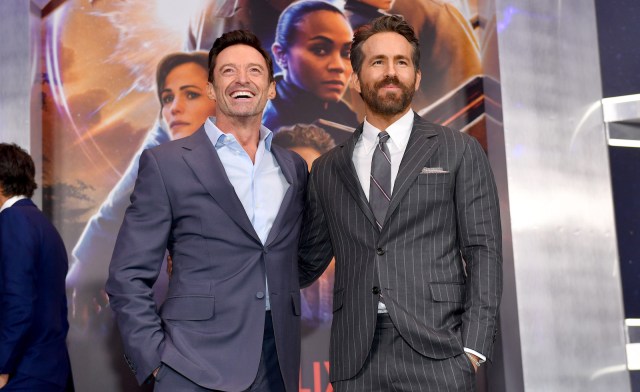 Our nostalgia prayers have been answered. Thanks to a quintessentially-Ryan Reynolds teaser for Deadpool 3 several hours ago, it’s been confirmed Hugh Jackman will be reprising his long-time role of Wolverine, sending Marvel fans of all sorts, from pre-MCU to post-MCU into an adamantium-bolstered ecstasy.

But with such a storied return comes just as many questions; what does Jackman’s MCU appearance as Wolverine mean for the X-Men movies of yore? Was he brought back from the grave in light of Logan? Can we finally retcon X-Men Origins? Will we get the Ms. Marvel/Negasonic Teenage Warhead team-up of our dreams? For what joy Reynolds and Jackman have brought us, the possible implications will no doubt pester us for the next two years or so.

Luckily, the duo wouldn’t just drop such a heavy bomb on us without coming to help clean up the aftermath, and they’ve once again taken to Twitter to help clear the air surrounding what Hughverine means for the MCU.

In the video, Reynolds explains that the events of Logan, which takes place in the year 2029, will remain as Wolverine’s final resting place, and thus will not be touched. The duo then launch into the nuances of Deadpool 3, but not before cheekily drowning themselves out with Wham!’s “Wake Me Up Before You Go-Go.”

Some users demanded that the lip-readers of the world get to work on dissecting Reynolds’ latest trolling efforts, even though the duo no doubt launched straight into nonsensical improv upon the first jitterbug.

And, of course, such a request invited even more trolling.

It looks like we’ll just have to wait and see how Hugh Jackman’s triumphant return as Wolverine manages to weave its way into the MCU’s web; and seeing as the film has long since confirmed its release date of Sept. 6, 2024, it’s going to be quite the wait.