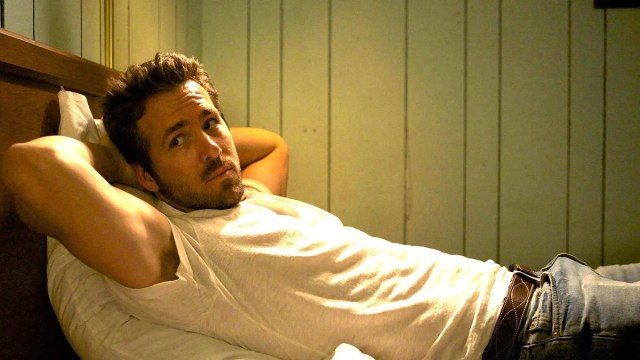 You can barely turn around without seeing actor, superhero, producer, soccer team owner, gin magnate, advertising executive, cyber security investor, and mobile service provider Ryan Reynolds these days, with the 45 year-old sticking his fingers into an increasing number of pies on a regular basis.

Now firmly cemented as one of the biggest, most popular, and highest-paid stars in Hollywood, Reynolds’ bread and butter for almost the entirety of the last decade has been glossy action blockbusters that require him to do little more than play extensions of himself. It’s been a while since he ventured into the realms of low budget drama, but maybe it’s something he should try more often given that 2015’s Mississippi Grind ranks as the best-reviewed movie of his entire career.

The dramedy following Ben Mendelsohn’s lifelong gambler experiencing an uptick in fortunes when he meets Reynolds’ charming Curtis scored an impressive 91 percent on Rotten Tomatoes, well ahead of any and all competition from the star’s filmography. However, audiences weren’t quite so receptive, and it’s genuinely jarring to see how much they disliked the film compared to critics.

A 55 percent user rating from from over 5,000 votes on the aggregation site underlines a huge discrepancy; Mississippi Grind may be top of the critical pile, but Reynolds has starred in no less than 36 film and television projects that fared better among the general public. That’s jaw-dropping stuff, but Hulu subscribers aren’t paying attention.

As per FlixPatrol, Mississippi Grind is sitting pretty in eighth spot on the streamer’s watch-list, proving that maybe people listen to critics after all. Either that, or it’s Reynolds’ name that convinces them to hit play.