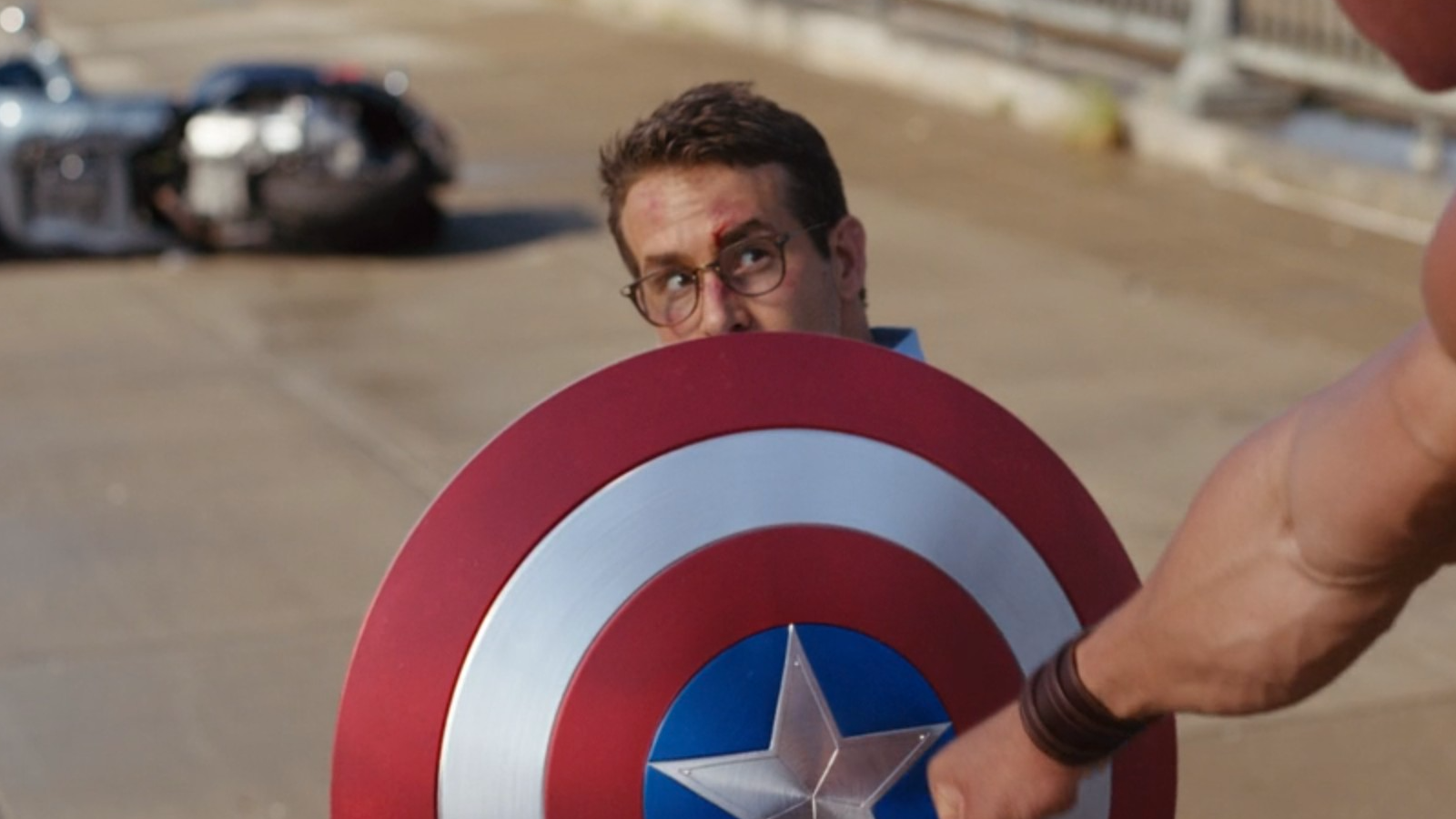 Image via 20th Century Studios/Disney Plus

While it has been some time since Free Guy first launched, Ryan Reynolds and director Shawn Levy have finally addressed how they were able to get Lightsabers, Captain America’s shield, and other Disney properties into the film.

Typically Disney does not share their IP around, especially with two major franchises like Star Wars and Marvel. However, Free Guy proved an exception. Speaking to Variety, Levy shared how this came to be — apparently, all you have to do is ask.

“We wrote a letter to Disney: ‘Dear Disney, this is Shawn Levy and Ryan Reynolds, could we use a lightsaber, or Cap’s shield or Hulk’s fist?’ I recollect that they said yes to all of them. Ryan recollected that maybe they said pick one or two? And we just decided to use all of them.”

Reynolds chimed in adding that, at this point, things got “borderline lawless”.

“I said, ‘I think this is the perfect opportunity to ask for forgiveness.’ I interpreted this as using all of them. I do regret that we didn’t do something with Thor’s hammer.”

Reynolds went on to explain that Disney loved what the Free Guy team had done adding in these easter eggs to the film. He also elaborated that by that point Disney had already acquired Fox, making Free Guy a Disney movie in itself.

For many fans seeing Captain America’s shield or the lightsaber in the film was a high point and, as Reynolds and Levy detail, keeping things under wraps onset was also a priority. Part of this process saw Reynolds use a cardboard piece painted grey as the shield before it was later turned into the iconic Avenger’s weapon in post.

Free Guy proved to be a huge success at the box office, grossing over $331 million worldwide. Naturally, a sequel is already on the way, with studio president Steve Asbell recently saying that the script is almost complete.