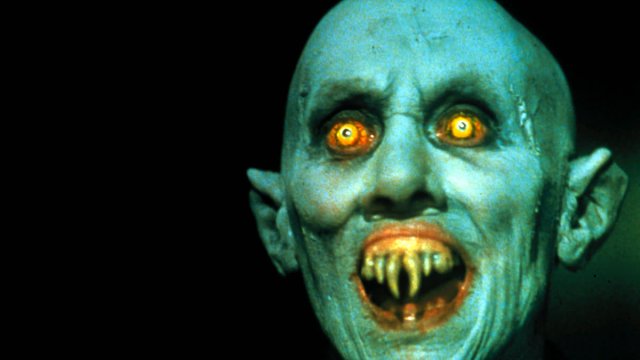 You don’t have to travel too far these days to bump into a Stephen King adaptation, with the author’s back catalogue constantly being mined for film and television content, but it would be fair to say the consistency has been all over the charts. With a September release date looming ever closer, let’s hope Salem’s Lot is more It than Firestarter.

Speaking of Andy Muschietti’s two stabs at Pennywise, screenwriter Gary Dauberman will be pulling double duty on bringing King’s vampiric classic back to the screen, which marks his first directorial effort since Conjuring spinoff sequel Annabelle Comes Home, a neat little chiller that drew decent reviews and made serious bank at the box office.

That bodes well for Salem’s Lot, with star Lewis Pullman admitting to ScreenRant that he’s confident the movie will “bring vampires back” for the post-Twilight crowd, even though it’s not as though the bloodsucking undead ever vanished from the cultural consciousness.

“It’s really exciting to bring vampires back. They’ve become a little bit sparkly and not so scary. When they originated, they were terrifying. I think Gary’s really keen on bringing that back, and I think [Salem’s Lot] is going to do it. I’ve been genuinely terrified on the set multiple times, so that’s a good sign. I think he did a great job.”

It’s been a decade since The Twilight Saga ended, and we’ve hardly been on a barren run of terrifying vampire content ever since, although you get the point the Top Gun: Maverick star is trying to make. The sparkly subset drew in billions of dollars and cultivated a massive fanbase, something Salem’s Lot might not be able to replicate directly, but is at least seeking to emulate to a degree.