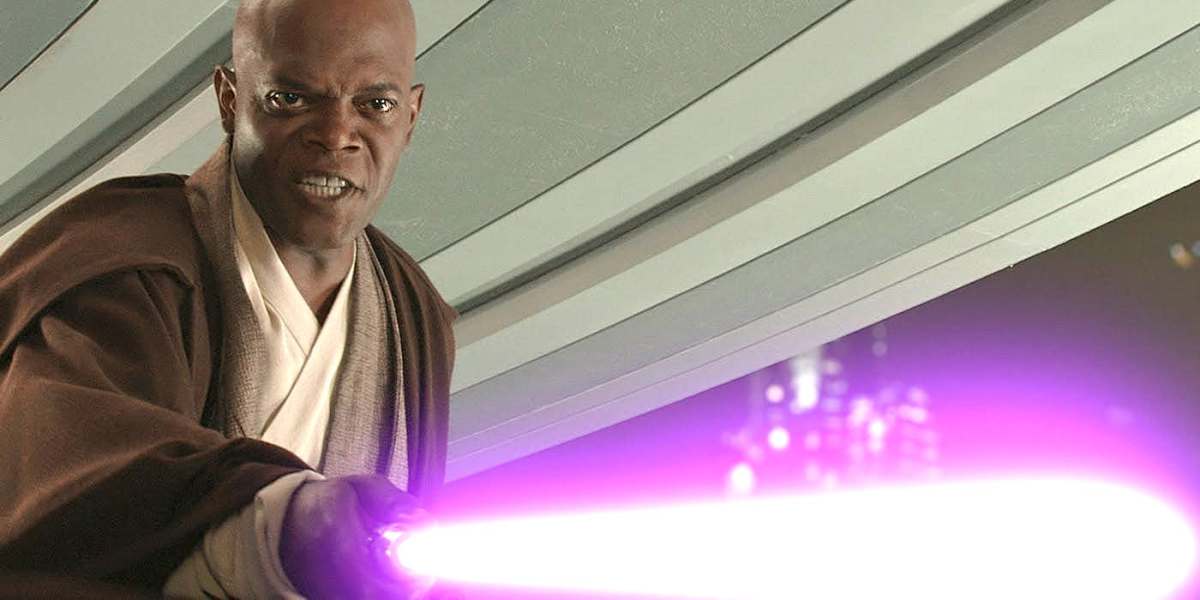 Samuel L. Jackson has played a smattering of iconic characters in his lifetime, notably Jules Winnfield in Pulp Fiction and Jedi Master Mace Windu in the Star Wars franchise ⏤ and he just admitted a tie between the two was truly not his idea.

For those who are unaware, Jackson’s Winnfield memorably reveals that his wallet actually has the words “bad motherfu**er” on it in the 1994 film. A longtime claim is that Jackson’s lightsaber prop ⏤ which has the letters BMF on the handle ⏤ had the nod to his work with Quentin Tarantino added at his request, but Jackson told Jimmy Fallon that it was a surprise from the Star Wars prop team.

“They did that because they loved me. I didn’t ask for it. When they gave it to me ⏤ when the shoot was over, when they presented it to me, it had BMF on the on-off button.”

The comments came during a promotional interview last night for Jackson’s new The Last Days of Ptolemy Grey series on The Tonight Show Starring Jimmy Fallon. While on the show, Jackson took time to clarify a number of other online rumors about himself, revealing that he once beat professional golfer Tiger Woods during a game.

“A complete accident. The first time I played St. Andrews they paired me with him in what was the Dunhill Golf Tournament. He said follow me. I stayed as close to him as I could and I shot 78. I beat him by about eight strokes.”

Jackson certainly lives up to the acronym and phrase. No wonder his Windu almost defeated Sheev Palpatine.