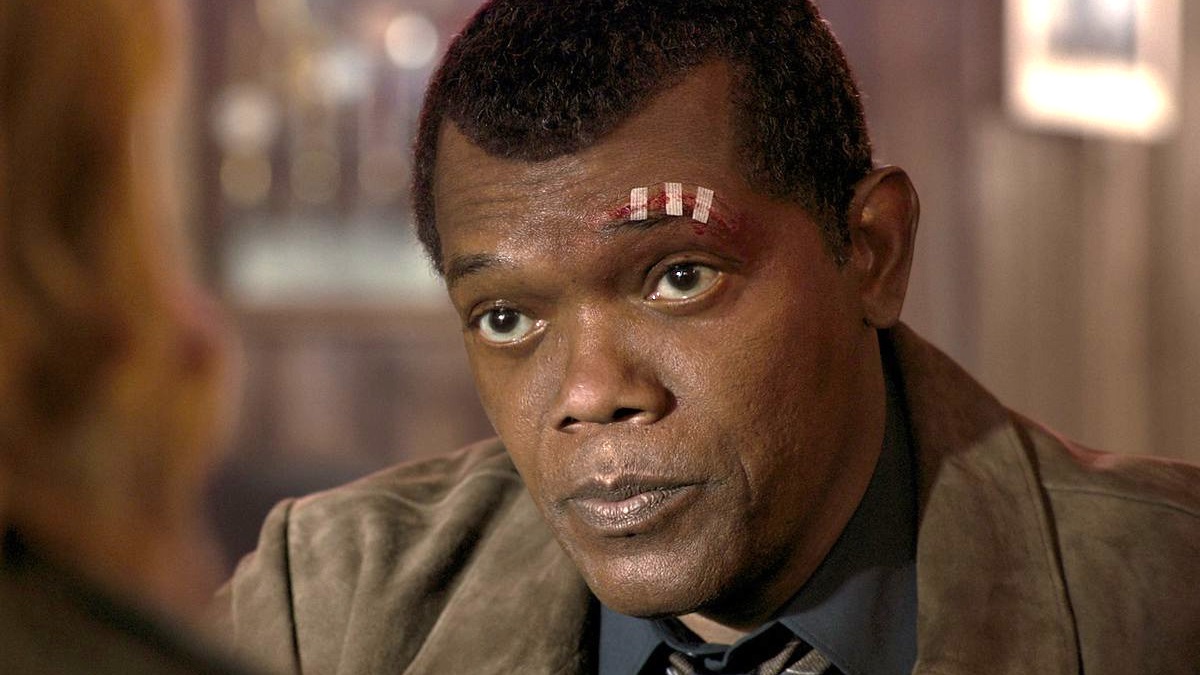 De-aging technology is still proving to be hit-or-miss, as the debate swirling around The Book of Boba Fett‘s Luke Skywalker proves, but one of the best examples came in the Marvel Cinematic Universe’s Captain Marvel.

The effects used to transform Samuel L. Jackson into the 1995 vintage Nick Fury were largely flawless, and it looks as though we could be taking another trip back into the past as part of upcoming Disney Plus series Secret Invasion.

Taking to social media, Jackson posted a behind the scenes image offering a cryptic tease that the cycloptic head of S.H.I.E.L.D. won’t be spending the entire show sporting the straggly gray beard we’ve seen in virtually all of the set photos so far.

The post-credits scene of Spider-Man: No Way Home confirmed Fury had sent a Skrull to oversee things in his stead while he remained off-world, but the Secret Invasion snaps look to have made it clear that he’s heading back to terra firma to unravel an intergalactic conspiracy revolving around the shapeshifting alien race.

The beloved star has appeared in upwards of a dozen MCU projects already, but Secret Invasion marks the very first time he’s been positioned as the focal point of the story, something that’s well worth getting hyped for.