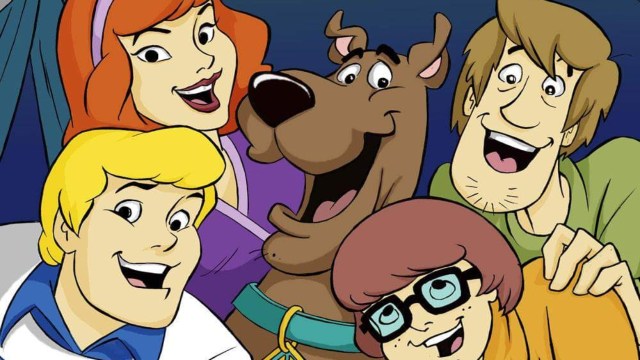 It only took 53 years, but a beloved Scooby-Doo character is finally allowed to be portrayed as the queer icon they so obviously are. Dooby-Doo diehards were already looking forward to the release of the franchise’s latest direct-to-disc/VOD animated film, Trick or Treat, Scooby-Doo!, this month, but the hype around it has just received a massive boost thanks to a new clip that’s going viral on social media because of its unabashedly LGBTQ+ content.

Obviously, the Mystery Inc. member in question is Velma Dinkley, the brains of the bunch long been considered to be gay by fans and creators alike, although Warner Bros. has resisted efforts to openly portray her as a lesbian in any form of Scooby media to date. But, thankfully, things are finally changing, as this new Trick or Treat sneak peek sees Velma (Kate Micucci) falling in love at first sight when she sees fashion designer Coco Diablo (Myrna Velasco).

As the Sherlock-like deductive captions make clear, Coco is pretty much Velma’s dream woman, what with her “amazing turtleneck,” “incredible glasses,” and obvious brilliance. So it’s no wonder that the brainbox fogs up her glasses at the sight of her.

This is a punch-the-air moment for fans as Scooby creatives have been fighting hard to make Velma canonically queer for literally decades. James Gunn wanted to portray her as a lesbian in his iconic live-action movies while the showrunners of fan-favorite series Mystery Incorporated went as far as they could by giving Velma a girlfriend without explicitly stating it.

Trick or Treat, Scooby-Doo! is available on digital download as of Oct. 4 and is due to premiere on Cartoon Network on Oct. 14. Mindy Kaling’s adult-oriented Velma animated series, meanwhile, is in development at HBO Max.