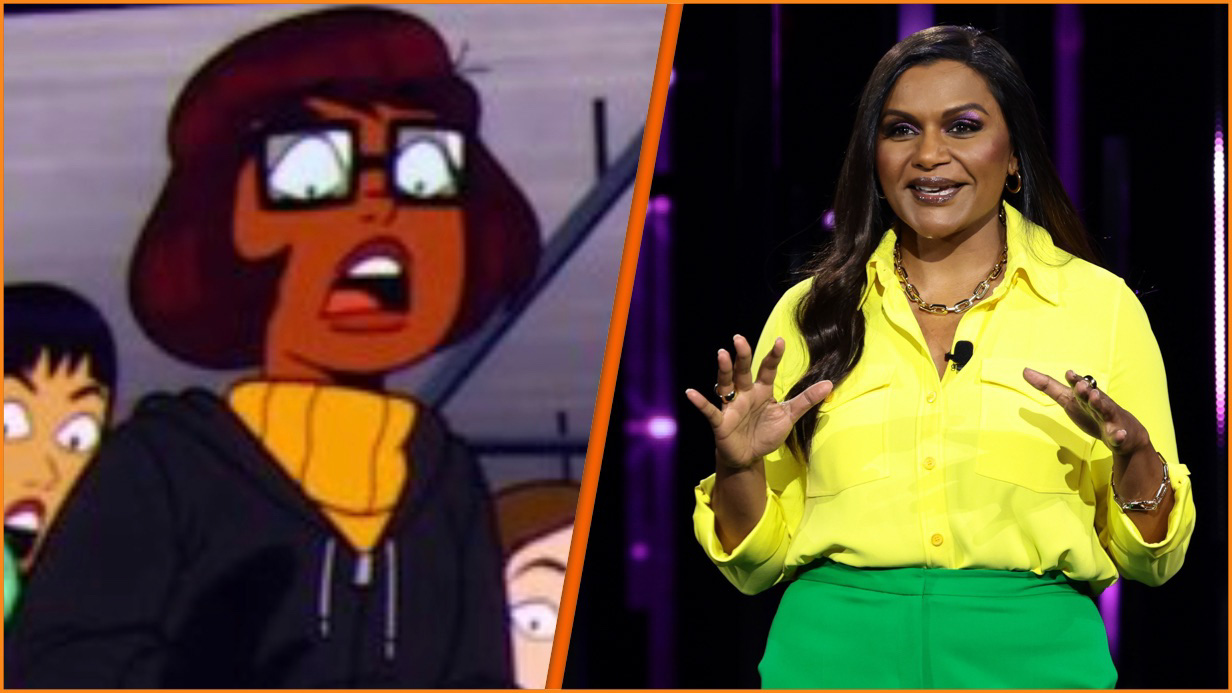 HBO Max is working on an adult-oriented spinoff of the Scooby-Doo franchise that’ll put the brains behind Mystery Inc. front and center for a change. Velma will focus on the eponymous Velma Dinkley, who’ll be voiced by creator Mindy Kaling. As has long been suspected due to Kaling’s involvement, our first look at the series has now arrived, confirming that Velma will be portrayed as South Asian.

In what was a tragically unsurprisingly development, the internet was full of ire when Kaling was first announced to be playing Velma, as this is the first time the bespectacled ghost-hunter has been depicted as a woman of color in animation. The Office star herself, however, could not care less about any backlash against the show.

Kaling attended the Warner Bros. Discovery Upfront presentation this Wednesday (via Deadline) and made her feelings on the racist criticism of Velma abundantly clear when she shared her take on the matter with the crowd: if a dog can solve crimes then Velma “can be brown.” The 42-year-old multihyphenate then added:

“Hopefully you noticed my Velma is South Asian. If people freak out about that, I don’t care.”

The same presentation also showcased a first-look image at Velma, which you can see below:

Not only does this sneak peek reveal Velma’s reimagined design for Kaling’s show, it also confirms that this version of the Scoobyverse definitely isn’t for kids. With Velma and friends (including a totally nude Daphne — jinkies!) discovering a corpse with its cranium cut open and its brain removed, it’s obvious that Velma will see the character investigating some much more gory and mature mysteries than we’re used to.

It’s ironic that folks seem to be fine with an adult-oriented Scooby cartoon, which actually is a major change for the brand, and are instead offended by Velma being a POC when this isn’t anything new. Hayley Kiyoko, who is of partial Japanese ancestry, played Velma in two live-action movies in 2009 and 2010. Latina actress Gina Rodriguez likewise voiced her in 2020’s Scoob!.

HBO Max has yet to supply Velma with a release date.