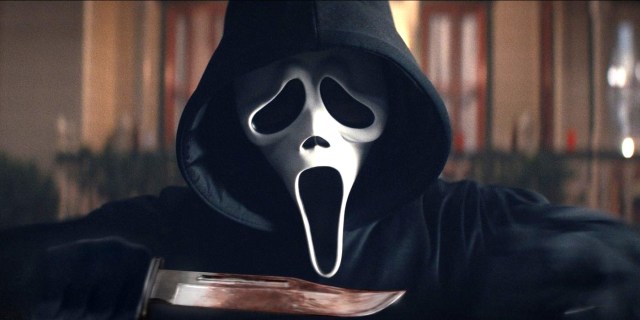 Scream 6 has only been shooting for a few weeks, but horror fans are convinced they’ve already worked out who will be unveiled as one of the movie’s killers. In the wake of 2022’s reboot, a new entry in the meta-horror saga has been fast-tracked, with directors Tyler Gillett and Matt Bettinelli-Olpin back to direct. Plus, while Neve Campbell sadly isn’t returning, next-gen stars Melissa Barrera, Jenna Ortega, Jasmin Savoy Brown, and Mason Gooding will feature.

Fresh additions to the cast, meanwhile, include Mission: Impossible actor Henry Czerny, who was just confirmed to have boarded the project. Czerny previously worked with the Radio Silence filmmakers on their 2019 horror flick Ready or Not, in which he played the patriarch of a murderous family. And folks have a sneaky feeling the Revenge star has been hired to play another villain in Scream 6.

On a Reddit thread discussing Czerny’s hiring, Scream fans unanimously agreed that he has to be one of the film’s killers.

Not offense, man, but you’re giving off major killer vibes.

Czerny does have a lot of history playing bad guys.

As for his more specific role in the plot, people are thinking he’ll either be someone’s parent or a professor at the college Sam and the others will attend.

An evil professor is a bit of a trope, but to be fair, it’s not one the Scream franchise has employed before.

Some fans are interested to have a more mature Ghostface again.

But the parallels to Mrs. Loomis could go much deeper than that. Redditors have noticed how Czerny looks a little similar to Jack Quaid aka Richie, Scream 5‘s killer.

So does this mean that Czerny might be playing Richie’s dad?

We already know that the new movie will draw from the original sequel in some key ways, including moving the action out of Woodsboro and seeing the characters attend university. But are fans right about this Scream 2 connection and Czerny’s role in the film or are they way off the mark… or mask?

Scream 6 shoots this summer ahead of its theatrical release on March 31, 2023.