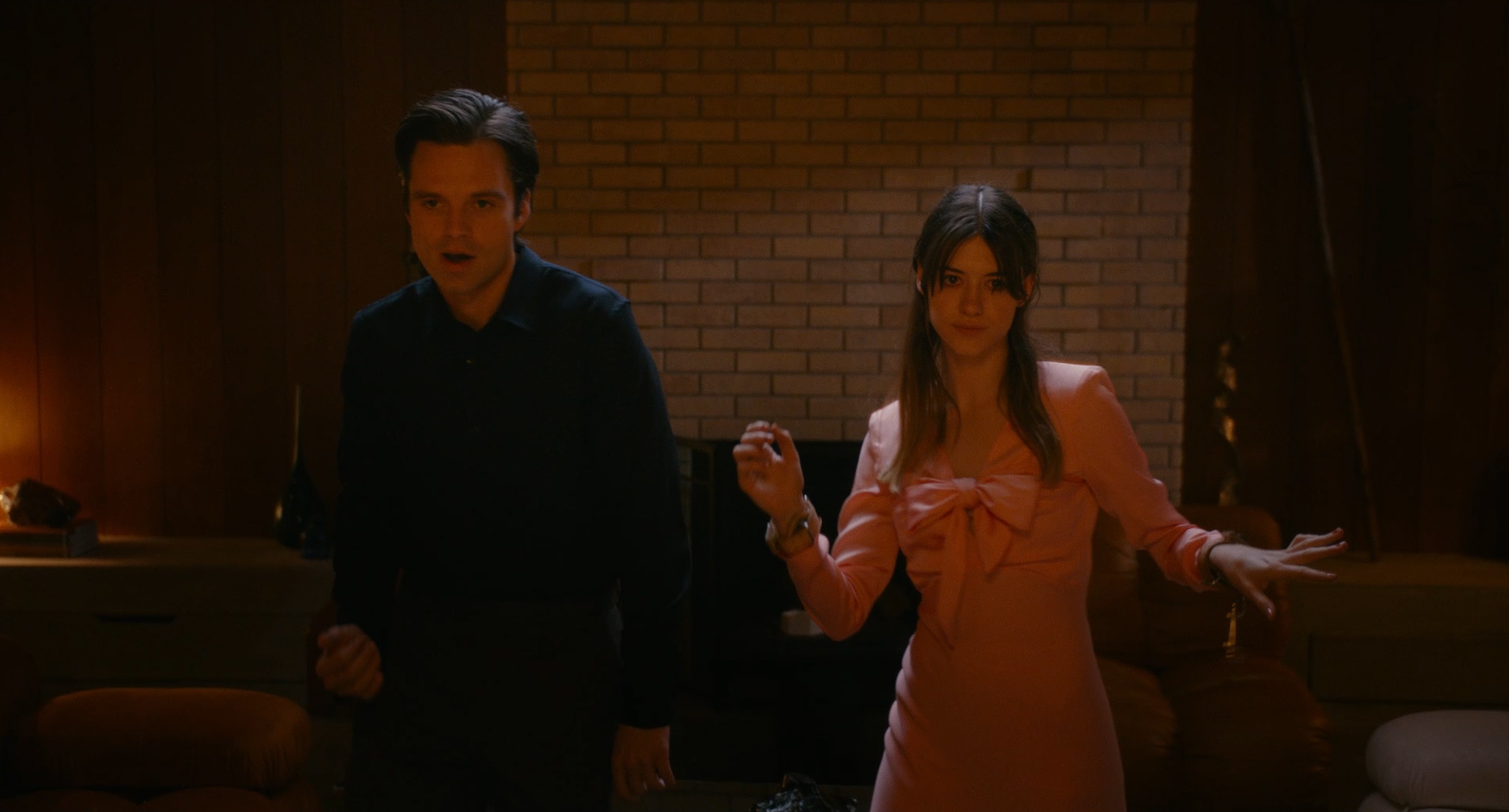 Horror comedy flick Fresh‘s two stars Sebastian Stan and Daisy Edgar-Jones have reunited on the red carpet, over a week after the film was released on Hulu.

Stan looked dapper as ever in a tieless bedazzled collar at the BAFTA Awards ceremony in London, as his sequins took the place of a bowtie. Edgar-Jones wore an icy blue dress which harkens the mind back to Frozen, as she returned to her home city for the ceremony.

The duo also presented an award at the BAFTAs, as they celebrate Fresh’s smash hit status on streaming with Disney Plus. Their partnership has seen many a fan rejoice, with many taking note of their chemistry together at the ceremony and at past appearances together.

But it’s definitely Sebastian Stan who took the brunt of the internet’s love, with his hardcore stans feasting on his appearance and fashion at the awards ceremony. A particular goof of Stan when in the audience has also stoked the meme economy, with him being taken off-guard by the camera panning on him in the crowd.

Stan, meanwhile, is currently filming for Sharper, directed by BAFTA winner Benjamin Caron. Caron is also penned in to direct episodes of the Star Wars spin-off series Andor, due out some time this year.