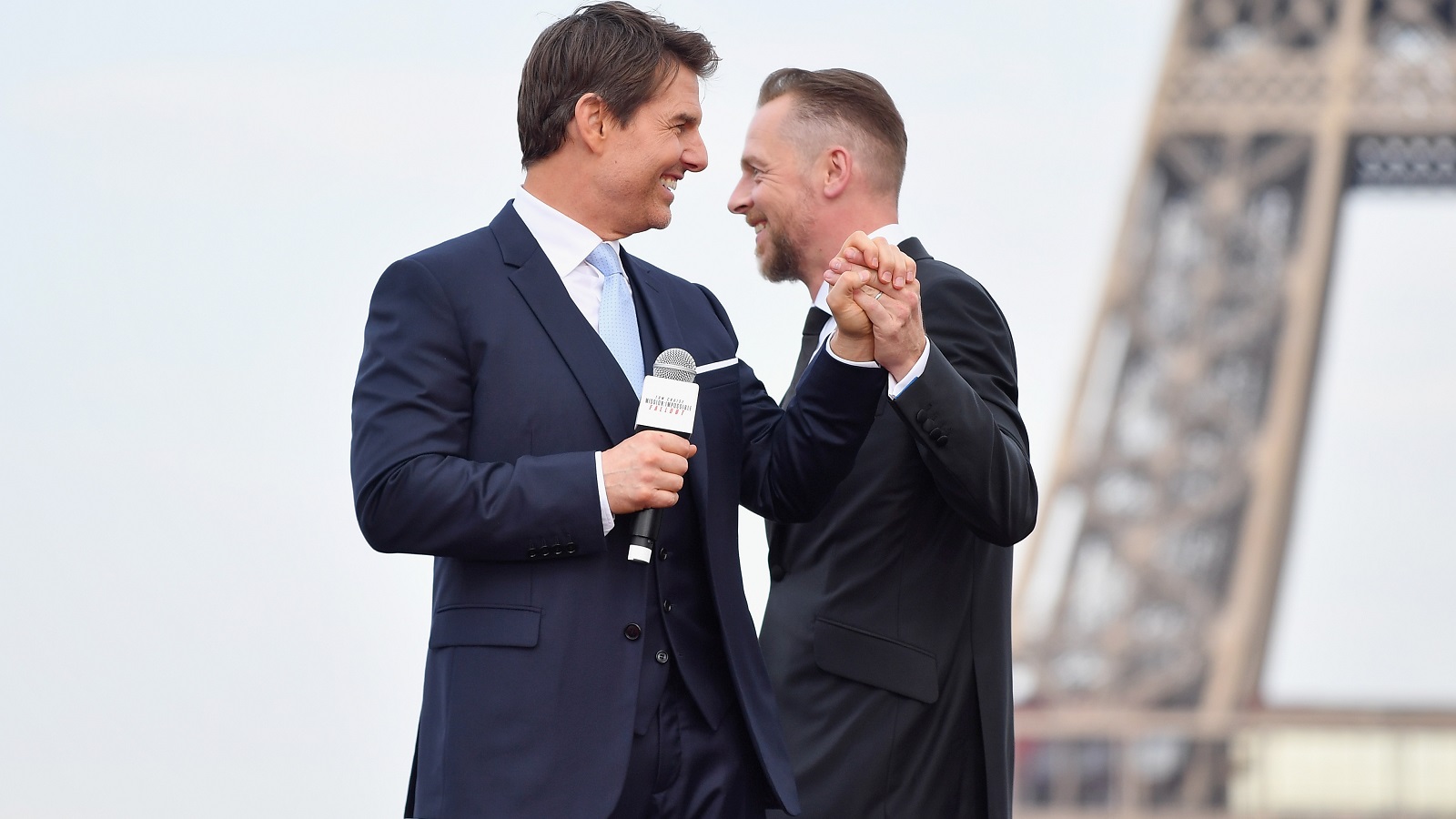 Simon Pegg and Tom Cruise hardly strike you as the most likely candidates to become best friends when the cameras aren’t rolling, but the Mission: Impossible duo have become incredibly close in the 16 years since the former stepped in to replace Ricky Gervais as tech support Benji Dunn in the third installment, before going on to become an integral part of the IMF.

In fact, Cruise even has a habit of landing helicopters in Pegg’s garden when he’s dropping by for a visit, while the longtime A-list megastar has been more than happy to dispense plenty of wisdom into the bargain. They’ve spent a lot of time traveling together, with the Cornetto Trilogy alum witnessing his co-star’s global fame and the mania it generates firsthand on a number of occasions.

Speaking to The Times, Pegg admitted that he admires the way Cruise handles it, but it’s not something he’d be too keen on himself.

“I mean, I would f*cking hate that. We were surrounded by a f*cking throng of these young Moroccan guys going, ‘Tom Cruise, Tom Cruise, Tom Cruise,’ and banging on the car. And I’m looking at Tom and he was f*cking laughing his head off. I’d be so stressed out, but he’s very okay with it.

He understands that’s the price for the level of movie star he is. He’s perhaps the only movie star left. Everyone else who comes near has probably done TV. I can guarantee you will never see Tom Cruise on a TV show. Because he’s about movies. Movies are his passion.”

There’s only one Tom Cruise, and he’s become so accustomed to the limelight that it doesn’t faze him at all, even if Pegg finds himself uncomfortable merely being in the same vicinity as the most ardent fans of the Top Gun legend.