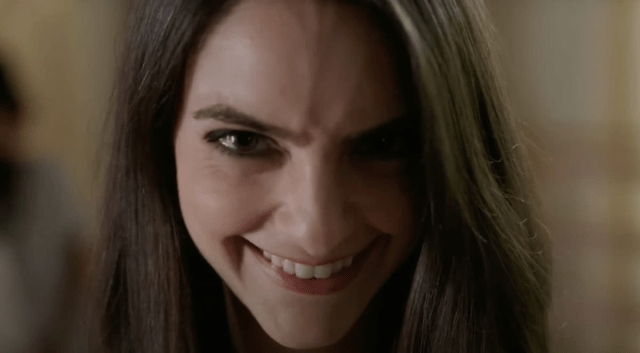 Horror has been running circles around audiences this year, with the genre seemingly leading the pack every other week with a slew of excellent releases. Nevertheless, it’s safe to say that it’s gone about its extensive victory lap in an unconventional manner; Crimes of the Future‘s quiet, contemplative ethos took most of the spotlight from David Cronenberg’s historic body horror endeavors, Bodies Bodies Bodies managed to be staunchly hilarious while oddly grim at the same time, and Jordan Peele committed genre anarchy with Nope, fusing together sci-fi, thriller, and Western themes for his third outing.

In short, horror seems to have mostly gotten by on merits other than their pure fear factor, and while such instances mark anything but a decline in the genre, there’s no shame in pining for a film that cranks one’s nervous system up to 11, either.

Enter Parker Finn, directorial debutant and directing/writing mastermind behind Smile, the latest in 2022’s slate of fantastic horror features, which just dropped into theaters earlier today. By all accounts, Smile has been rocking audiences’ sense of safety with every passing viewing, in no small part to the film’s dedicated cast, nightmarish themes, and Finn’s ability to never lose sight of his goal.

The goal in question, as he revealed in an interview with Entertainment Weekly, was to genuinely terrify audiences, and a big part of that involved making sure that the viewers connected with the film’s lead.

“I wanted to set out to make something that was deeply frightening and feels like a sustained panic attack from start to finish. I really wanted to ground the story, the drama side of things, so [the audience] can really care about the character and go with her on that journey when it all really really starts to ramp up.”

For those of you looking to lose some sleep, Smile is currently playing in theaters.