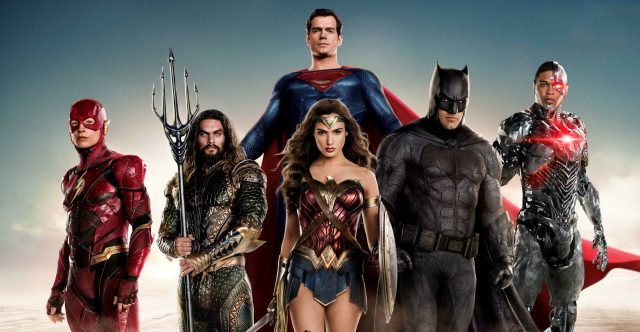 DC fans are remembering the Joss Whedon-directed Justice League, for better or for worse, on the fifth anniversary of its release.

“Today is the 5-Year Anniversary of the Theatrical Release of Justice League (November 17, 2017),” the Reddit user u/DoctorBeatMaker posted on the r/DC_Cinematic subreddit alongside its unjustifiably iconic, Alex Ross-inspired poster.

“This isn’t really celebrated for a few reasons,” one Reddit user correctly pointed out, referencing a myriad of problems with the film that have now become infamous, including a “rotten” score on Rotten Tomatoes, behind-the-scenes drama related to the reshoots and Whedon’s allegedly abusive behavior, and Henry Cavill’s infamous computer-generated upper lip to cover-up his contractually obligated, Mission Impossible: Fallout-related mustache.

Although the film — which is now colloquially known as the Josstice League — was generally hated by movie-goers, there is one unexpected aspect of it that deserves gratitude from fans of director Zack Snyder, as one Reddit user pointed out.

“If there’s one thing we can thank Josstice league for it [is] that it was so bad that it pushed a good amount of people who watched the movie [to] join the Snyder cut movement,” the commentator wrote, referencing the fact that original director Snyder eventually released his version of the movie, 2021’s Zack Snyder’s Justice League, which was much better received when it was released on HBO Max following heavy campaigning from fans and even cast members like Ben Affleck (Batman) and Gal Gadot (Wonder Woman).

“Unironically the whole rollout of this movie and Snyder cut dream got me fully on board with superhero comics and it’s lore in general,” another Reddit user wrote.

Another Reddit user relayed their story of walking out of 2017’s Justice League because it was so bad without having any knowledge of its behind-the-scenes troubles. They continued,

Over on Twitter, one clear Snyder fanatic posted a few photos of some of the Josstice League‘s cringiest moments alongside a poop emoji.

Another commentator called the Josstice League “the biggest sin that WB has ever made.” And judging by that uncanny upper lip on Cavill’s Superman, we think that’s a fair assessment.

Surprisingly, there were some defenders of the Josstice League on Twitter, too.

For another movie fan, the Josstice League‘s release “burnt” them, but it marked the beginning of a movement.

“The #ReleaseTheSnyderCut movement started to grow, we fought, and we won.”

Stay tuned for all your latest news about DC, Zack Snyder, and everything in between.