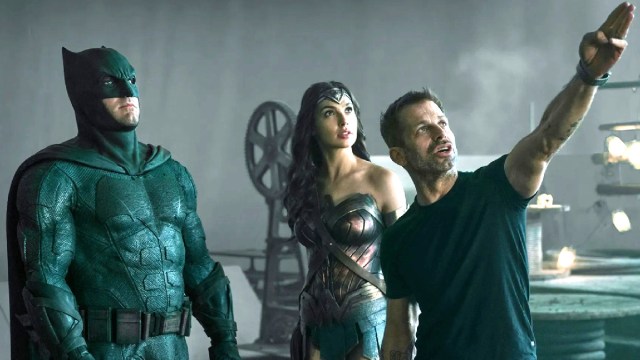 You’ll struggle to find a more dedicated, loyal, and passionate fanbase than those who support Zack Snyder‘s time at the helm of the DCEU, as well as the desire to see him reinstated as the overseer of the franchise’s interconnected future.

It hasn’t exactly been plain sailing on any number of levels, though, with the constant fan campaigns and petitions exposing a toxic element that’s threatened to tar the entire #RestoreTheSnyderVerse movement with a brush of negativity. It’s become clear that some folks will not rest until those Justice League sequels happens, which is admirable, if perhaps a touch misguided.

However, a bombshell report from Rolling Stone has sent the internet into a tizzy, with the deep dive into the SnyderVerse subset making some pretty hefty allegations of bots propelling the Snyder Cut into existence and subsequent awards season glory, with the filmmaker himself being pinpointed as some kind of maniacal overlord pushing buttons from behind the scenes.

Needless to say, it didn’t take too long for things to get heated, and we’ve officially got an online firestorm on our hands.

To be fair, Snyder and the SnyderVerse have been trending at least a couple of times a week for half a decade, so this isn’t exactly a new discourse for netizens to engage in. That being said, some of the more outgoing members of the fandom have taken Rolling Stone‘s piece as a direct and targeted attack on their hero, so harsh words are being bandied around.

Until the Batman v Superman director addresses the situation himself, it’s throwing stones in a house made of hearsay.