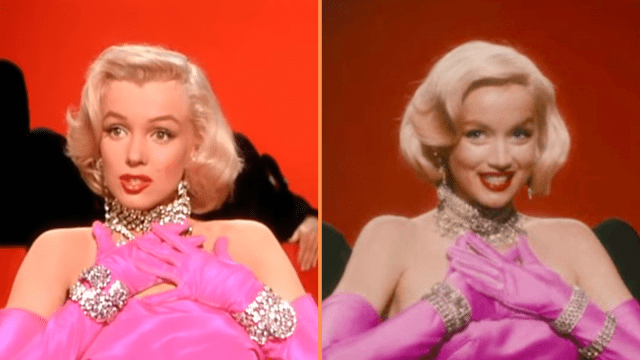 Blonde, the adaptation of the novel of the same which attempts to unpack the life of Marilyn Monroe, has just landed on Netflix. Audiences and critics aren’t particularly thrilled with the movie, which at the time of writing sits below a 50 percent rating on Rotten Tomatoes. Beginning to understand why this somewhat biographical film isn’t landing with people may begin with its director, Andrew Dominik.

In a recent interview with BFI’s Christina Newland, Dominik shared some unfiltered and fairly candid thoughts on Monroe (born Norma Jeane Mortenson), her acting career, and her movies. Newland shared an outtake from the interview on Twitter, which sees Dominik describe Monroe as a “whore” in her role in Gentlemen Prefer Blondes.

Details from this interview seem to continue to shape how Dominik perceived Monroe, or at least her character in the novel. In Newland’s Twitter post, Dominik is quoted as saying; ‘Does anyone even watch Marilyn Monroe movies?’  He makes a point of stressing that the film is a work of fiction, considering how little is actually known about Monroe’s life.

Critics and fans alike, however, aren’t buying it.

This tweet expresses a similar sentiment towards Dominik, though extends an appreciation for the frank format of the interview. It wasn’t the only inflammatory remark the director made during the interview, saying her singing “Diamonds Are a Girl’s Best Friend” is effectively sisterly advice expressing “if you’re going to fuck, make sure you get paid.”

Despite years of preparation and research for the film, Dominik’s vision simply isn’t resonating with people.

We thought Blonde ultimately ended up being hollow and fell short of the message it is trying to deliver. The film stars Ana De Armas as Norma Jeane, and is now available to stream on Netflix if you’re so inclined.