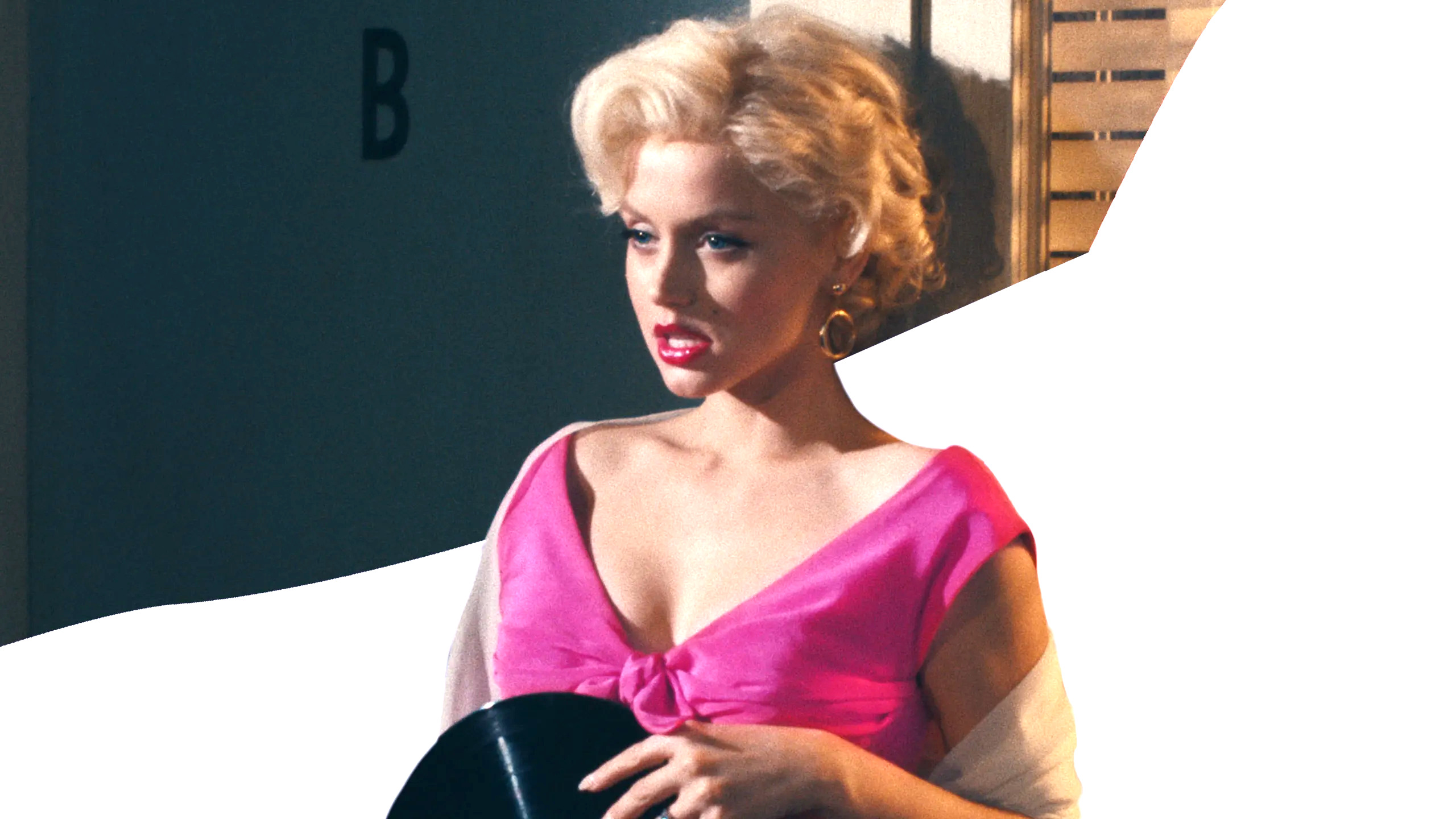 via Netflix
Review of: Review: In 'Blonde', pain is both the point and the problem

'Blonde' is an indictment of spectacle, the all-consuming destruction of fame, and the flattening of Monroe, from nuanced human being into an all-American sex symbol built for our consumption. What’s less clear is whether the movie is successful.

Blonde is a movie that burns. In some of the film’s first minutes, we see L.A. on fire, and join little Norma Jean and her abusive mother (Julianne Nicholson, haunting) as they try to escape, driving through hell to get to the top of Laurel Canyon. Shortly after they’re turned away from the burning hill and forced to return to their apartment, Norma’s mother tries to drown her in scalding bath water. From the jump, it’s a punishing watch.

It’s clear that Andrew Dominik is interested in having us feel every ounce of pain and misery in this fictionalized retelling of Monroe’s life. Blonde is an indictment of spectacle, the all-consuming destruction of fame, and the flattening of Monroe, from nuanced human being into an all-American sex symbol built for our consumption.

What’s less clear is whether the movie is successful. Blonde often feels like it’s participating in flattening Monroe by turning her into a one-dimensional victim, subject to nothing but heartbreak and misery. One assumes that this parade of cruelty is meant to strip away the shiny facade of Monroe’s star image to reveal something more complicated beneath, to help us empathize with her. Even with this ambitious and noble goal in mind, it’s hard to say how much empathy and nuance the film itself has for its heroine.

Based on the novel of the same name by Joyce Carol-Oates, with a script adapted by Dominik, Blonde swings for the fences. Anyone expecting a straightforward biopic of Monroe will likely be mystified by what they find instead: a bold, disjointed, stream-of-consciousness journey through Monroe’s life. It’s a daring move that gives the whole film an uneasy quality, perfect for the nightmarish turns it takes. We watch as Norma Jean conjures Marilyn Monroe, a separate self, a construction made specifically to get the love and validation she deeply craves. Instead, what she finds is a lifetime, it seems, of tragedy and senseless violence.

It’s brutal to watch Monroe endure multiple, graphic sexual assaults, casual and blatant misogyny from everyone (even the men who try to love Norma, but only see Monroe), and two abortions (complete with vaginal POV shots). There is even a moment when a CGI fetus talks to Monroe and chastises her for aborting her first unborn child, begging her to not do the same to them — just one of many weird and disorienting choices in a movie that’s full of them.

The film’s cruelty is intentionally pointed and problematic. It’s important and necessary to acknowledge the hard life and harm that befell Monroe (different in this fictionalized account than in her real life), but it often feels like Dominik’s approach is getting off on the pain while also trying to condemn it. There is also the ineffective, heavy-handed use of Monroe’s music to hammer home points we could already figure out on our own (it’s hard to not roll your eyes at the obvious use of Monroe’s songs, especially “Every Baby Needs a Da-Da-Daddy”). Blonde tries to have it both ways, and in the process becomes exploitative, losing out on the opportunity to let Monroe become a complicated, full person. As it condemns the industry for bulldozing Monroe, it too is bulldozing her.

This all being said, there were elements of Blonde that work. Ana de Armas, for one, is committed wholeheartedly to her portrayal of Monroe – elevating the material into an uncanny and heartbreaking evocation of the star (the makeup and costuming of her is also impeccable). Whether she’s calling every man she loves “Daddy,” enduring the acute pain of assaults or betrayal, or rightfully flying into a rage, de Armas does so with conviction and commitment — not an easy feat for any actor.

There is also the gorgeous imagery of the movie, with painstaking recreations of Monroe’s most famous photographs and movie moments. Blonde also has beautiful, expressionistic flourishes outside of images we’ve seen of the star. One example is a threesome scene between Monroe, Charlie Chaplin Jr. (Xavier Samuel), and Edward G. Robinson Jr. (Evan Williams) that looks like it could be a series of André Kertész photographs. As Monroe climaxes, we watch the bed she’s on top of turn into Niagara Falls, and the scene transitions into the trailer for her film, Niagra. It’s a shame that a movie this visually daring and surreal can’t deliver on basic empathy for its main character.

Ultimately, Blonde falls short of the noble goals it sets out for itself. What we get instead is a stunning, surreal nightmare that fails to let Marilyn Monroe be a complicated, full person. Even if it’s packaged well, what you’ll find at the heart of Blonde is something acrid and hollow.

Review: In 'Blonde', pain is both the point and the problem

'Blonde' is an indictment of spectacle, the all-consuming destruction of fame, and the flattening of Monroe, from nuanced human being into an all-American sex symbol built for our consumption. What’s less clear is whether the movie is successful.