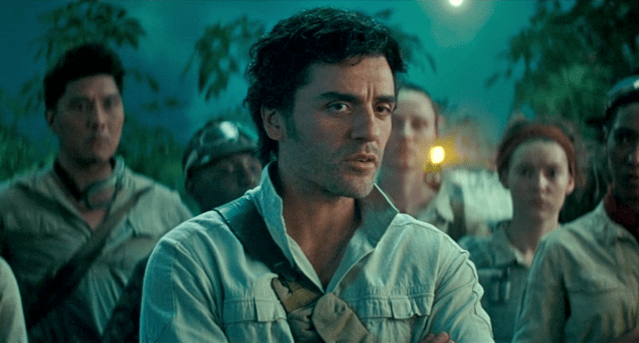 After The Force Awakens most fans were upbeat about the future of Star Wars. Disney and Lucasfilm appeared to have made a conscious effort to learn the lessons of the prequel trilogy, with the long-awaited sequel to Return of the Jedi setting up an interesting new story while honoring the memory of the originals.

Oh, what fools we were! We weren’t to know, but there was no plan for the sequel trilogy story and Lucasfilm would try to wing it and improvise. The end result was the dreadful The Rise of Skywalker, which drastically course-corrected away from The Last Jedi and ended up pleasing no one. There’s no point in going over all of its flaws, so we’ll just drop a “somehow Palpatine returned” and leave it at that.

But fans on r/StarWars are currently dissecting an action sequence that just doesn’t make sense. It comes in The Rise of Skywalker when Kylo Ren flies his custom TIE fighter – known as ‘The Whisper’ – at Rey. She leaps into the air, slices off a wing with her lightsaber, and sends it crashing into the dirt. But what was Kylo Ren actually trying to achieve here?

Many simply conclude that Kylo Ren was trying to set up a cool scene that’d look great in the trailer:

Others point out that Rey really didn’t need to do the flashy backflip and could have accomplished the same thing by ducking and holding her lightsaber up:

For some this is a worryingly relatable moment:

And, uh, we can’t just let this observation go without mentioning:

But there is an actual serious explanation. Kylo Ren wasn’t actually trying to kill Rey here, just pile pressure on her in the hope she’d succumb to the Dark Side. Given that she popped out some Force Lightning soon afterward, we say mission accomplished:

This is a deeply silly moment, but given that I can easily think of at least ten dumber things in The Rise of Skywalker, it’s not too egregious. Let’s hope Disney and Lucasfilm have learned their lessons when they inevitably start making the sequel sequel trilogy.