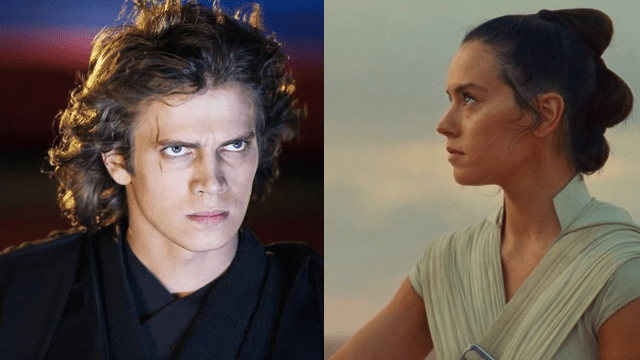 The mumbo-jumbo of prophecies in the galaxy of Star Wars has caused stir and confusion for years among fans, and the debate about the Chosen One is alive again.

Over the course of 45 years, nine mainline films, and countless spin-offs, the Force and the idea of a Chosen One have both become increasingly muddled. The prequel trilogy was the first Star Wars media to give credence to the Chosen One, with Qui-Gon Jinn believing a young Anakin Skywalker would “bring balance to the force” by defeating the Sith.

It took a few swings and roundabouts, namely murdering children and becoming a space terrorist, but he did eventually throw a very old and evil man down the Death Star’s chimney.

32 years later, Rey Skywalker seemingly seals the deal by defeating a Sidious clone after she balances the force between herself and Ben Solo. Does this override the sacrifice of Anakin and make her the incumbent Chosen One? One fan theory believes not.

Posted on /r/FanTheories, a user believes that a future version of Legends character will cement Anakin’s place as the true Chosen One.

Abeloth, an ancient evil being with a suitably evil name, has a connection to the gods of Mortis, an ancient realm that may have birthed the Force itself. Metaphysical enough for you?

Considering the backlash from the Fandom Menace around Rey’s existence in the sequel trilogy, the safe bet is most definitely that Anakin is the Chosen One. In the universe, without the fan debates, it is canon that they both restored balance to the force. The cold heart reality is that it doesn’t really matter.

‘Chosen One’ theories are immeasurably popular, and in video game franchises like The Elder Scrolls, a new prophecy appears all the time about a grand hero who defeats evil. Rey or Anakin, the balance was eventually brought to the force.

There’s been a renewed interest in seeing stories for Rey, with Daisy Ridley herself saying she’ll “always” be Rey.