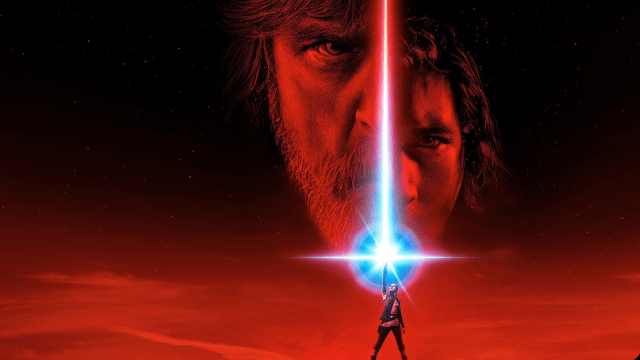 Depending on who you talk to, The Last Jedi is either a masterpiece from the Star Wars galaxy, or an utter failure and stain on the long-running franchise. So divisive, it basically sparked the return of Phantom Menace-era toxicity.

There have been a few major issues for people who don’t like The Last Jedi, but perhaps the chief one is the characterization of a certain Luke Skywalker. After believing he failed to keep the peace in the galaxy, and deterred by the past failures of the Jedi, Luke cuts himself off from the force and goes into isolation.

He does, of course, learn that perhaps failure is the greatest teacher there is. Saving the day for the Resistance on Krait by doing a force projection (which has been canon in Star Wars since the 1980s), he runs out of lifeforce, fading away into the air. Leaving just a cloak behind as his iconic theme is played, the scene harkens back to his first adventure in 1977.

The internet has remained divided on Luke’s death since 2017, and it’s not looking like changing anytime soon.

There is some outright love for this scene, with some viewing it as a beautiful mirror to the sacrifice made by Obi-Wan Kenobi during A New Hope. As George Lucas likes to say, it’s like poetry; it rhymes. Nobody will judge you for crying at this scene, either.

People are very passionate in defending this scene, as exhibited in further comments in the Reddit thread. If this isn’t “real Luke”, what is?

Though, the critics of the scene are very damning in their responses, with one user describing it as a fitting ending for a “trash” movie.

Though, as far as ways to die, outsmarting your slightly evil nephew by appearing as a projection while he tries to fire several army’s worth of firepower onto you, that’s a pretty good way.

The Last Jedi, alongside the entire sequel trilogy are available to stream on Disney Plus.