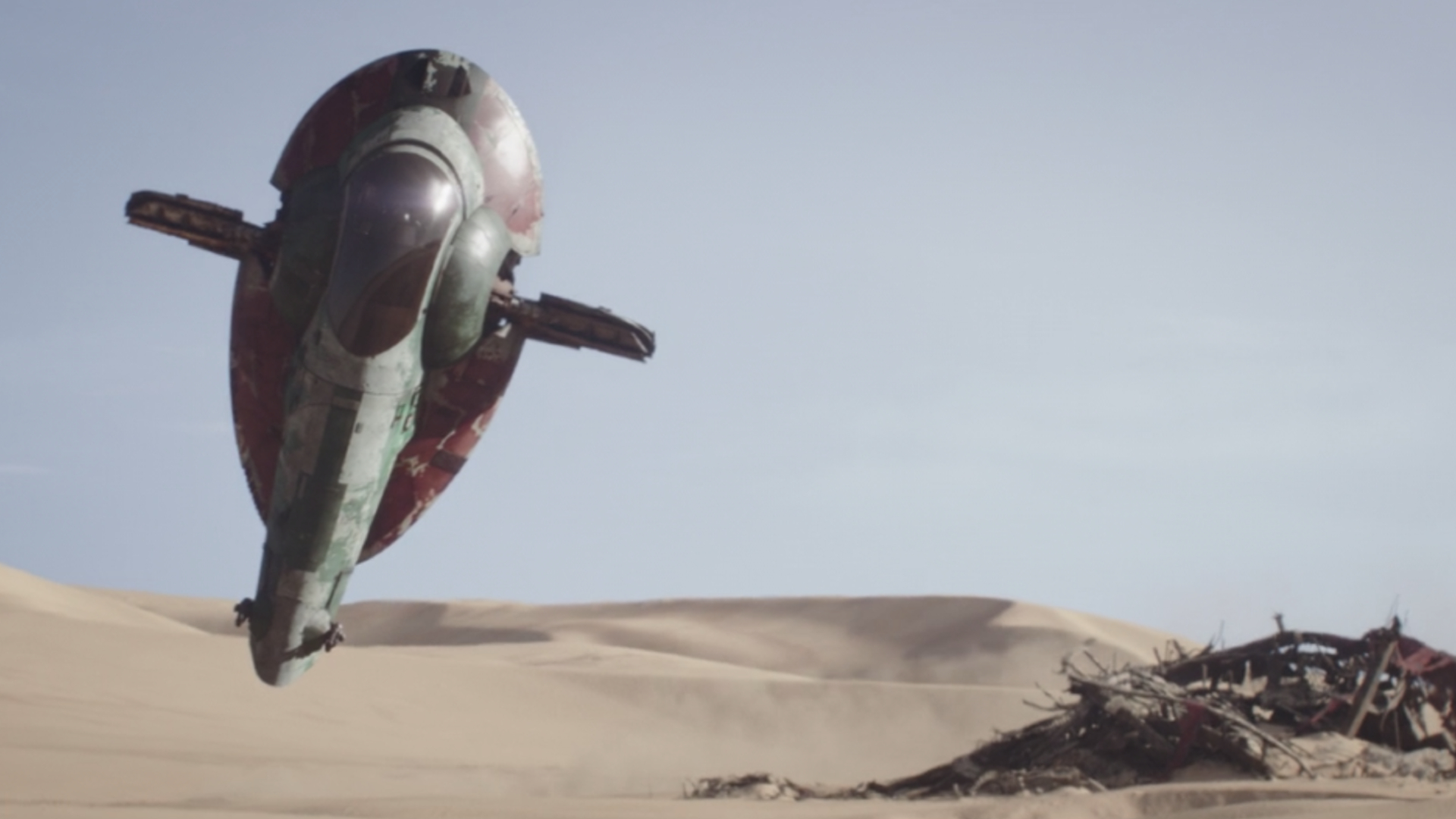 Photo via the Book of Boba Fett/Disney Plus

The premiere of Disney Plus’ The Book of Boba Fett several weeks ago has prompted a resurgence in interest in the enigmatic bounty hunter, and recent changes are spurring a virulent online debate.

Boba Fett is a longtime favorite among Star Wars fans. Despite his general lack of dialogue in the original trilogy, his extremely quick and unclimactic death, and his presence as one of the series’ bad guys, Boba Fett’s symbol has long adorned Star Wars merchandise. His presence as a fan favorite makes the solo Disney Plus series make a lot of sense — everyone loves the Fett — but certain changes to the character’s longstanding backstory have some Star Wars fans miffed.

A change to Fett’s longtime ship, the Slave I, was revealed in the fourth episode of The Book of Boba Fett. The ship’s name has been a subject of controversy for years, leading to Disney’s decision to nix the name and instead refer to the vessel by a new name: Firespray. The name is technically a simplification of the ship’s class, a Firespray-31-class patrol and attack craft, but it’s also a catchy new name for the famous vessel.

Fans immediately jumped on the change, and a heated debate quickly took over the internet. While some fans defended the original name and demanded that Disney reverse its decision, others found themselves delighted by the change. They backed Disney’s decision, noting the negative correlations anything with the name “slave” attached to it will inherently bring.

They also pointed out that the ship is never referred to, in any Star Wars film or television show, as Slave I. Instead, it gained this name from the numerous books and supplementary materials created around the popular franchise and quickly became the ship’s officially accepted name. That fact isn’t stopping fans of the name from fighting for it, however, and ardently defending Slave I online.

The actual reason behind the moniker “Slave I” is hard to track down, but a generally accepted reason has become canon in most fans’ minds. Boba was an employee of the Hutts, some of the Star Wars universe’s most preeminent slavers, for a long time. The name would make sense in this context, particularly if Boba spent a large amount of his early years as a bounty hunter-gathering and transporting slaves in the ship.

In some stories, the ship was named by Jango Fett — Boba’s father — which meant that he simply inherited the ship and its controversial name. Regardless, the story behind this famous ship’s name varies depending on which version of the backstory you’re familiar with.

Slave I detractors are populating the other side of the Slave I vs. Firespray debate with celebrations of Disney’s decision to change the name. The decision to change it was likely made in an attempt to avoid the obvious controversy but has instead simply courted controversy of a different kind. The backlash is unlikely to sway Disney, but that won’t stop Star Wars fans from complaining until the cows come home.

While the passionate discussion continues to split the internet into two camps, a few people are instead finding themselves solidly in the middle. As one commenter put it, “both Slave I and Firespray are dope ass names,” but some people simply “don’t like it when they change the OGs.”

Some feel the name change isn’t official but is instead a way for Disney to tackle multiple potential issues all at once. For one thing, in the context of the episode, it makes sense for Boba to refer to the ship by its class. Fennec may not be aware of its name and thus is more likely to recognize the ship based on his reference to its class. It also allows Disney to side-step any potential pushback over the original name and makes for a far easier marketing strategy. When you want parents to purchase your product, they are far more likely to purchase — and recognize, for that matter — “Boba Fett’s ship” or “Boba Fett’s Firespray” than “Slave I.”

The debate is far from over, and — knowing Star Wars fans — will likely continue for days, at least. This fandom is well known for its passion, and Disney invited this drama when it decided to create a series surrounding such a beloved character.