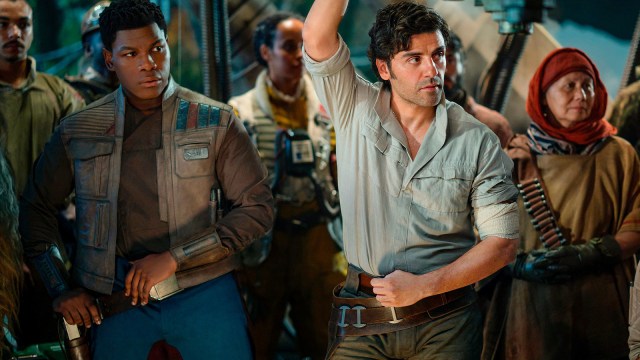 The Star Wars sequel trilogy has been wrapped up for nearly two years, but some wounds never heal. Critics of the series have long bemoaned that many characters in the series ended up underutilized, and many fans feel like their favorites from the first movie, The Force Awakens, found little resolution by the end of the trilogy. But a recent Reddit post is shouting out one of the more popular characters, played by one of the biggest actors working today.

Reddit user porkyLGCY is calling out the saga’s creators for neglecting Poe Dameron, the ace X-Wing pilot played by Moon Knight star Oscar Isaac. Since the first movie of the trilogy wrapped, Isaac has gone on to enjoy an acclaimed career as an actor and has enjoyed not only critical lauds but award nominations for his work in tentpole efforts like X-Men: Apocalypse and Dune as well as well-regarded independent films such as Ex Machina and The Card Counter.

At the outset of the series, Dameron seemed to be set up as a likely analog to Han Solo, the breakout role of the original trilogy. A crack pilot with a rebellious streak and a lack of respect for authority Poe was more like Solo than Solo’s own son, Ben, by a wide margin. But as the series progressed, he never really seemed to live up to the potential of the role despite Isaac’s crack-acting chops.

For the past two years, the future of the franchise has been in the expanding galaxy of the franchise’s Disney Plus streaming series. While those series’ scope has so far been limited to the characters of the first two trilogies, Poe might be the best choice to helm the first sequel trilogy streaming series. Isaac has stated that he’d be willing to return to the series for the right project.