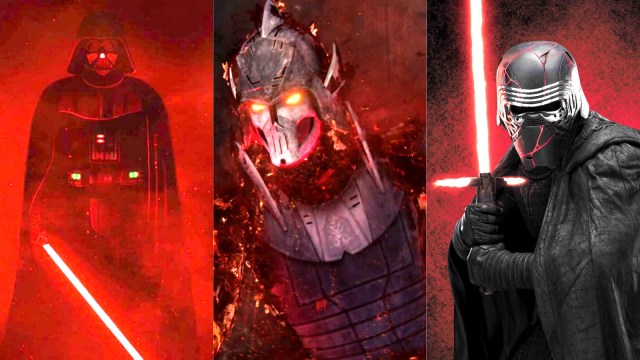 As of The Rise of Skywalker, the Sith are no more in Star Wars. Darth Sidious has finally been wiped out of existence, the Sith Eternal on Exegol have been eradicated, and for once the future of the galaxy looks bright. But the darkness will always be out there somewhere, and as long as there are Force Sensitive people, the Dark Side will be a tempting path to power.

So, how could the Sith return in any stories set after Disney’s sequel trilogy? Fans are debating the issue on r/StarWars, and wondering if a comeback is even possible:

Many fans quickly identify that even if the galaxy doesn’t have any actual Sith Lords, their long history means there are hundreds of abandoned Sith Temples, Holocrons, and other Dark Side artifacts tucked away in all sorts of unlikely places:

Others wonder whether that would feel earned and undermine the story of the Skywalker Saga. Or, basically anything better than a throwaway “somehow, the Sith have returned”:

It’s also worth remembering that there’s a distinction between simply being a fallen Jedi or Force User talented in the Dark Side and a proper Sith Lord. But would audiences care?

But what we don’t want is Sidious’ spirit somehow enduring beyond his death, as that story is done and dusted:

Some fear that bringing back the Sith would simply ruin the story, which is already looking a little wonky post-Rise of Skywalker:

The absolute worst option has to be this:

Sooner or later Disney will inevitably begin telling stories set after the Skywalker Saga, and with audiences expecting lightsaber battles in Star Wars, it’s very likely that we will see new Sith Lords arising in movies and TV shows. Let’s hope they learn the lessons and recognize the mistakes of The Rise of Skywalker, as we think there’s still a way to bring back the Sith without it feeling like we’re retreading old ground once more.