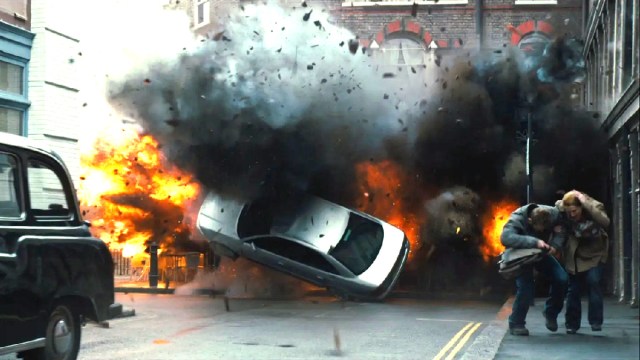 Bad action movies are everywhere you look, but even though expectations weren’t particularly high given that the project packed a ton of recognizable talent and was still released almost exclusively on VOD worldwide, 2015’s Survivor somehow managed to prove even worse than anyone could have predicted.

Director James McTeigue was a protege of the Wachowskis, and cut his behind-the-camera teeth helming enduring favorite V for Vendetta and the gloriously deranged Ninja Assassin, while Resident Evil veteran Milla Jovovich and former James Bond Pierce Brosnan were hardly slouches in the action thriller department, either.

And yet, an eight percent score was all Survivor could muster on Rotten Tomatoes, even if it’s a critical drubbing the film absolutely deserves. Not even trying to put even the lightest coat of fresh paint on one of cinema’s most well-worn setups, everyone involved seems to be way too content going through the motions as Jovovich finds herself being hunted by Brosnan’s veteran hitman after being framed for her involvement in a terrorist attack she wasn’t a part of.

From there, you can pretty much guess where things are heading if you’ve seen even one or two similarly-themed shooters in the past, but that comfort blanket of unstoppable mediocrity appears to be just the thing streaming subscribers are looking for. As per FlixPatrol, Survivor has become one of the most-watched movies on iTunes this week, delivering 96 minutes of dreadful genre cinema directly to the eyeballs of paying customers everywhere.

Angela Bassett, Dylan McDermott, Frances de la Tour, and Regé-Jean Page are among the supporting cast, too, just to hammer home how much talent was wasted on the dismal caper.