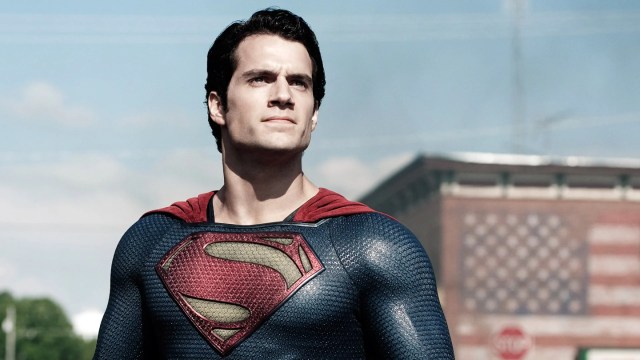 With San Diego Comic-Con on the horizon this weekend, everything Marvel and DC are being subject to the rumor-mill as being a headlining reveal, with the latest buzz surrounding Henry Cavill‘s purported return to the world of DC cinema talking up Superman being the latest example that has fans frothing at the mouths.

Not only is Dwayne Johnson and his presentation of the forthcoming film Black Adam, as well as Shazam: Fury of the Gods, rumored to be making an appearance, but Cavill’s glorious appearance at the convention is also rumored to be taking place with a discussion about none-other-than the Man of Steel himself, according to Deadline.

Fans of Cavill as mild-mannered Clark Kent, who moonlights as the boy scout in blue tights, were understandably overjoyed on social media at the prospect of his return, even if it is just a rumor for now.

Whatever the follow-up project might be to the commendable 2013 outing Man of Steel, one commentator said he hopes “it’s worthwhile.”

Another entertainment journalist could only conjure up all-caps to express his excitement at the news.

Unlike other actors in the DC cinematic landscape who have either expressed being jaded from continuing in the franchise, such as Ben Affleck’s Bruce Wayne/Batman, or otherwise embroiled in controversy, such as the many recent legal troubles of The Flash actor Ezra Miller, Cavill has seemingly taken a hiatus from the DC universe for no good reason. Despite Cavill himself repeatedly expressing interest in continuing to portray the character, Superman has been relegated to faceless cameos in many DC properties, such as in Shazam! and Peacemaker, leading many to believe his absence is the work of poor and/or flippant cast decision-making from higher-ups at Warner Bros.

Suffice it to say, many fans have been stoked at the idea of Cavill’s long-awaited return, especially if it coincided with a reunion of ousted DC director Zack Snyder.

Not everyone was as kind about Snyder’s interpretation of the character over the years, such as one Twitter account admitting that while Cavill is a great fit for the part, he’s arguably only appeared in “bad story after bad story.”

Man of Steel remains one of the strongest Snyder-helmed outings in the DC phase of his career, with a direct sequel always seeming like the most logical continuation of that story. Sadly, audiences were treated to the critically-maligned Batman v Superman: Dawn of Justice instead. Last year’s Zack Snyder’s Justice League fared much better with fans and critics alike compared to both BvS and the 2017 Joss Whedon-directed version of Justice League, but it was an ensemble piece. Fans have been continuing to chase the dream of a Cavill-helmed solo Superman sophomore effort ever since.

Another fan was firmly subscribing to the philosophy of Zendaya’s MJ from Spider-Man: No Way Home: “If you expect disappointment, then you can never really get disappointed.”

If it does happen, there’s no doubt it will be a celebratory day indeed.

We’ll have to collectively hold our Super-Breath to see if the rumor pans out to be true when SDCC unfolds throughout the latter half of this week and into this weekend.