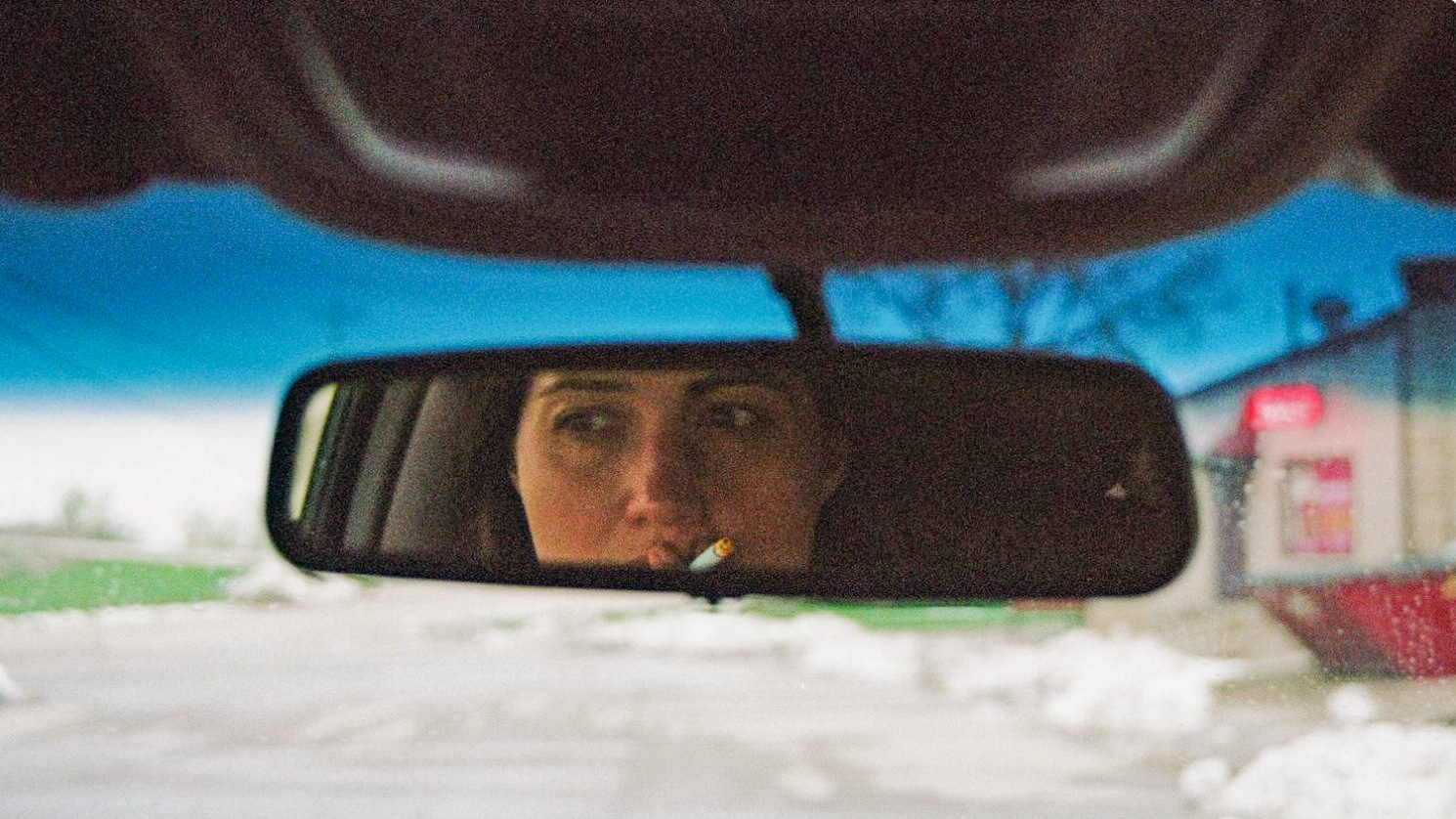 The Unknown Country proves to be a road trip unlike any other.

Written and directed by Morrisa Maltz, this deep dive into Midwestern Americana, by way of a road trip travelogue, is riveting stuff. Disarmingly direct in its use of sun-dappled highways, aerial drone shots, and naturalistic non-actors, The Unknown Country is a unique viewing proposition. Led by Lily Gladstone, soon to be starring in Killers of the Flower Moon, this is captivating from start to finish.

Oddly isolating but eerily idyllic, this film ticks along leaving a warm and fuzzy feeling in its wake. As Tana, a young Oglala Lakota woman, portrayed by Gladstone, herself of Nimii’puu Nez Perce and Blackfeet heritage, traverses this vast continent, she encounters so many vibrant personalities that her final destination soon ceases to matter. Viewed from the back seat of her car, audiences are invited along as silent passengers, free to experience every facet of daily life that Tana comes into contact with.

There is an immediacy to the film that comes through in Maltz’s handheld close-ups and freewheeling dialogue. In many cases, the amiable strangers that audiences meet on this journey bring an authentic sense of America to bear, through their everyday tales of family life. Impromptu gatherings, distant relatives, and passers-by are treated with equal reverence by a camera that seeks to capture disarming moments of genuine pathos along the way.

Intermittent voiceovers give periodic context to the journey Tana undertakes, yet never feel intrusive or distracting. Delivered with all the personality of a real-life recollection, The Unknown Country uses these interpretations as a verbal and visual collage, to add further ambiance to a story already bursting with originality. The film also benefits from having an inherently laid-back aesthetic, where nothing feels tied to a schedule, or beholden to any cinematic principles.

There may be some who will compare this to indie breakout hit Nomadland, as its sense of organic narrative is perhaps similar in some regards. Maltz has definitely fashioned something that seeks to strip away the artifice of film, by engaging directly with people at ground level. However, more than that, she has intentionally used a large percentage of non-actors to illustrate a deeper thematic point.

From an allegorical standpoint, she sets out to prove that real characters have no need of fictional dialogue, artificial circumstances, or convoluted drama. Their stories are told with no censorship, giving Maltz access to the heritage of this country, unencumbered by a need for resolution. It is by turns an inspiring and thought-provoking journey, that seeks to enlighten its audience forever.

Trying to explain The Unknown Country without digressing into abstract terminology is an exercise in futility. Every now and again, a film can only be described in terms of the way it makes an audience feel. The Mark Cousins movie Stockholm, My Love is one, while Argentine arthouse mood piece Monos is another. Both of them leaned heavily into the visual element, whilst effectively utilizing soundtrack to compound their choice of imagery. This small-scale indie film does exactly the same thing, whilst also bringing back memories of Apple TV Plus’s original series Little America.

By creating this patchwork quilt of differing dialects, personal opinions, and intimate experiences, Maltz only ever makes the movie better. In many respects, this is a film that can be joined at any time, because there is no indication of a starting point. Although it is fair to say that The Unknown Country begins with Tana getting into her car and driving, this feels like a continuation of her routine rather than anything plot-driven.

People come and go, and Tana is perpetually passing through, giving any conversations which take place an improvised quality. Individuals share their life stories, past aspirations, and reasons why they have remained in one place. This un-regimented narrative approach only ever enriches the film, liberating it from any sense of apparent structure.

To capture that sense of elation without dealing in ambiguities is challenging, as no amount of verbal wordplay can convey any one individual feeling. However, in conventional terms, The Unknown Country is everything anyone could ever want from a road trip movie. There are random encounters, endearing personalities, and enough abstract segues to satisfy even the most inquisitive audience member. For anyone looking to experience just that and a boatload of goodwill, you could do a lot worse.

The Unknown Country proves to be a road trip unlike any other.

SXSW Film Review: 'The Unknown Country' proves to be a road trip to remember