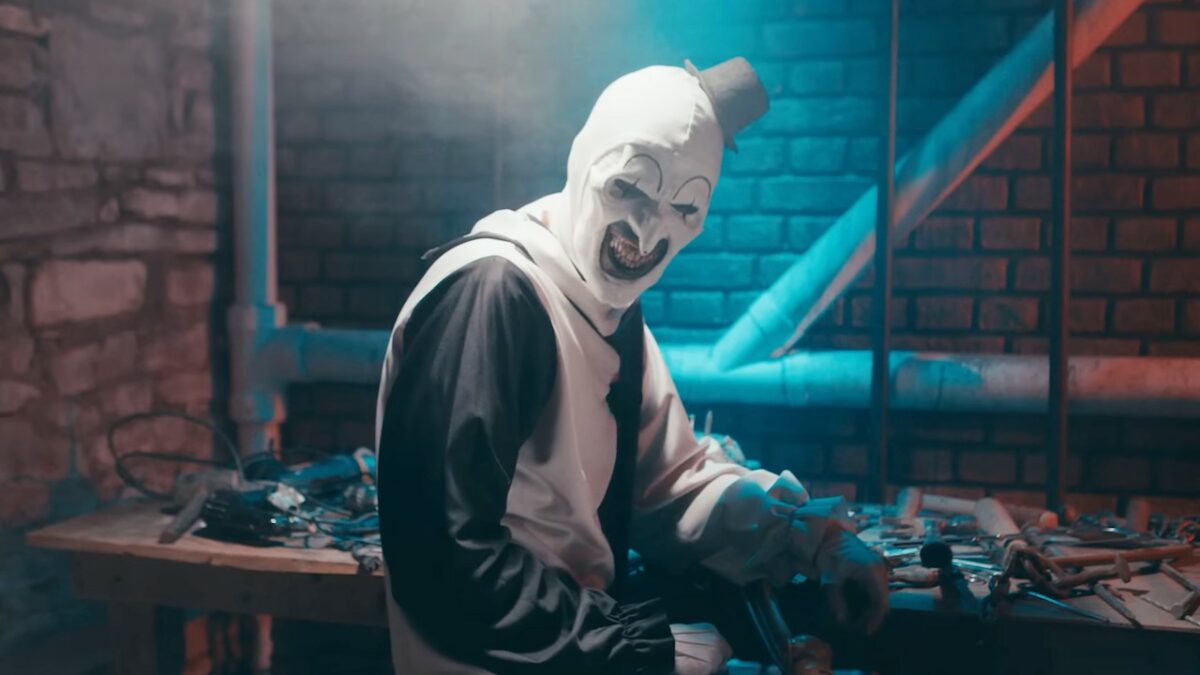 Horror bloodhounds and gorefest enthusiasts are in for a sinister treat as Terrifier 2, the long-awaited sequel to Damien Leone’s blood-soaked Terrifier, officially releases in theaters this week in the United States. Unsurprisingly, Leone’s follow-up film is creating an entire new cauldron of controversy, with the horror filmmaker reintroducing the horror bubble to the bizarre, silent serial killer known as Art the Clown.

Upon release back in 2016, Leone’s horror extravaganza was one of the hottest, most talked-about movies of the year — with the indie-like horror project featuring chaotic violence and an abundance of gory sequences. As it turns out, Leone’s sequel has apparently upped the ante and gone from a powerful Metallica song to an even more explosive track, which star Chris Jericho mentioned while chatting with MovieWeb in a recent interview, saying:

I think if you’re a Terrifier fan, the question is always, ‘How do you top the first one?’ and it’s just above and beyond. I’ve been saying if Terrifier 1 is ‘Kill Them All’ by Metallica, then Terrifier 2 is ‘Master of Puppets.’ This has just gone to a completely different level, and that goes all across the board.

In that same interview, Jericho touched upon the glaring intrigue of the terrifying film and mentioned Art’s undeniable intimidation factor — crowning the infamous clown villain as the “most iconic killer” that horror veterans have seen since the classic era of genre superstars like Jason Voorhees, Freddy Krueger, and Leatherface.

That’s what attracted me to Terrifier in the first place. I thought even just watching the first, that Art is the most iconic killer we’ve had in the movies since the glory years of Jason and Freddy and Leather Face. He plays the part with such joy, and he’s a clown. He honks his horn, has his tricycle, and he just never leaves that character. But combine that with just these vicious, brutal murders that he commits while in character, that’s the real yin and yang where it’s so creepy because you don’t expect this weird-looking clown to act this way.

Judging by Jericho’s comparison of Terrifier 2 to “Master of Puppets” by Metallica, it’s safe to assume that the spine-tingling sequel is enough to keep fans on the edge of their seats while simultaneously keeping one hand over their eyes. And while achieving greater success and gore compared to its predecessor seemed to be a difficult task, Leone’s follow-up film continues to exceed expectations and inflict nightmarish scenarios for diehard viewers.

Terrifier 2 is out in theaters now.