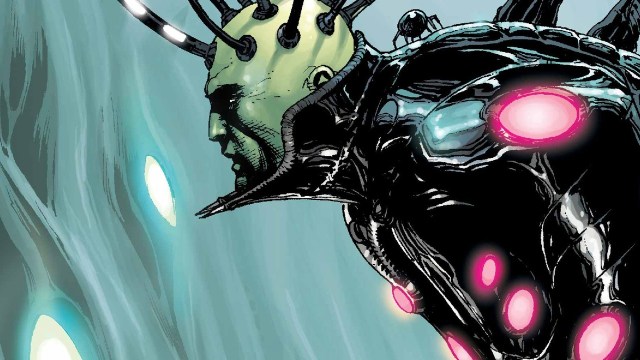 Man of Steel 2 has been up in the air for several years now. The hopeful sequel to what was a fairly well-received Superman film should serve to boost the DCEU’s revival, especially after a series of polarizing releases. While some regard Batman v Superman: Dawn of Justice as a sequel, fans of the superhero are aching for a worthy, direct sequel to 2013’s Man of Steel, and a chance to see Henry Cavill in action again .

As many know, one of the most important parts of a good superhero movie is having an engaging and complex villain. General Zod was the antagonist of the first film, but comic book fans have expressed their desire to see some of the superhero’s major enemies take center stage in a sequel. Here are 10 villains that would make worthy foes of Superman in Man of Steel 2.

If Superman and Batman are the poster boys for DC Comics, then Lex Luthor, the Man of Steel’s arch nemesis should be up there in terms of villain adaptations. Sadly, fans have yet to enjoy a rich plot for the criminal genius in a long time. Many were disappointed by the DCEU’s casting Jesse Eisenberg as Luthor in Batman v Superman. Lex is one of the smartest and most intimidating characters in DC Comics, and fans would love to see a version of him that expertly reflects that. Many wouldn’t mind if he was recast in a Man of Steel sequel and his character was given a soft reboot to serve a more important role in Superman’s story.

Another infamous antagonist of Superman’s is Brainiac. He is an alien cyborg and a supervillain who has been a foe to not only the Kryptonian, but to the entire Justice League. Brainiac is a villain that would no doubt raise the stakes from the previous movie with a non-human threat. He is notably known for shrinking cities such as Kandor, the capital of Krypton, and even Metropolis. In some comic arcs, Brainiac is responsible for the destruction of Krypton.

Lobo is usually presented as an antihero in the comics as he is a bounty hunter who only cares for himself and his prize. This could make him an interesting villain if one of his jobs gets interrupted by Superman, and he is forced to go head to head with the Man of Steel. Lobo could also be used to introduce more sinister villains such as Darkseid if he is depicted as a simple tool in the hands of an evil mastermind. Another interesting way Lobo could be used as a villain in Man of Steel 2 would be by introducing him as a mercenary sent to kill Superman.

Bloodsport was introduced into the DCEU in The Suicide Squad and was played by Idris Elba. Besides the fact that it would be incredibly entertaining to see Elba face Cavill, the character was introduced as having tried to assassinate Superman, which was what led him to the Belle Reve prison. Bloodsport would make a good primary or secondary antagonist in a Man of Steel sequel, and it would be worth the watch when Superman finds out that Bloodsport was the one who put him in the ICU.

John Corben, or Metallo, is an iconic Superman villain and a great choice for a sequel antagonist. Corben was a professional con man, but a fatal accident led to his brain being transferred into a cyborg body. Alongside his new mechanical features, he also acquired a kryptonite heart, which makes him a perfect villain for the superhero. With Metallo as the antagonist of Man of Steel 2, Superman would be forced to come up with unique ways to defeat him as a physical fight would prove quite difficult.

Darkseid is often referred to as DC’s greatest villain. He is the all-powerful ruler of the Apokolips realm who took over from his uncle, Steppenwolf. While Darkseid wasn’t present in the 2017 Joss Whedon Justice League, he did make an appearance in Zack Snyder’s Justice League as the commander of the invading armies in search of the Anti-Life equation. The events of that movie properly set him up to be one of the biggest threats Superman would ever face, making him a perfect choice for a Man of Steel 2 villain.

Manchester Black is a perfect villain for Man of Steel 2 because he directly challenges Superman’s morals. Manchester Black is a powerful telepath who is equipped to take on Kal-El. He is a former vigilante in some comics, and a S.T.A.R. Labs executive in others. Whatever version he may take on in a live-action adaptation, one thing that remains is his belief that people should take justice into their own hands and his notion that Superman is weak for not killing his enemies.

Bizarro is the anti-Superman, a clone of Kal-El, with powers that are the opposite of his. Instead of laser eyes or heat vision, he possesses arctic vision. While the Man of Steel has wind breath, his clone has the ability to suck things in with vacuum breath. Having characters fight evil versions of themselves usually leads to a compelling and introspective story that would suit the darker themes that the DCEU enjoys exploring. Seeing Cavill play Bizarro or having an actor that looks similar to him would be a great way to grab the fans’ attention.

Mister Mxyzptlk, or Mxy for short, is a reality-bending deity that is known for causing mischief and chaos. While he isn’t as popular as many of Superman’s antagonists, he has a quirky and chaotic character that would be a new addition to the darker DCEU. Mxy is the kind of character that could make the DCEU’s grim portrayal of their universe seem livelier. He is also a fun villain because he often doesn’t have deep intentions and would rather just cause mayhem.

As his name suggests, Parasite feeds off power and energy, which makes him a difficult villain to battle. He is one of Superman’s primary antagonists, but he has a dark backstory of his own since his powers made him unable to touch his family and the people he loved. In the comics, he goes after Lois Lane, which could serve as a good motivation to get Superman angry. Watching Superman figure out how to fight an enemy that absorbs power and energy would be quite thrilling to fans, and Parasite’s complex background would make him a compelling villain—maybe even one worth rooting for.