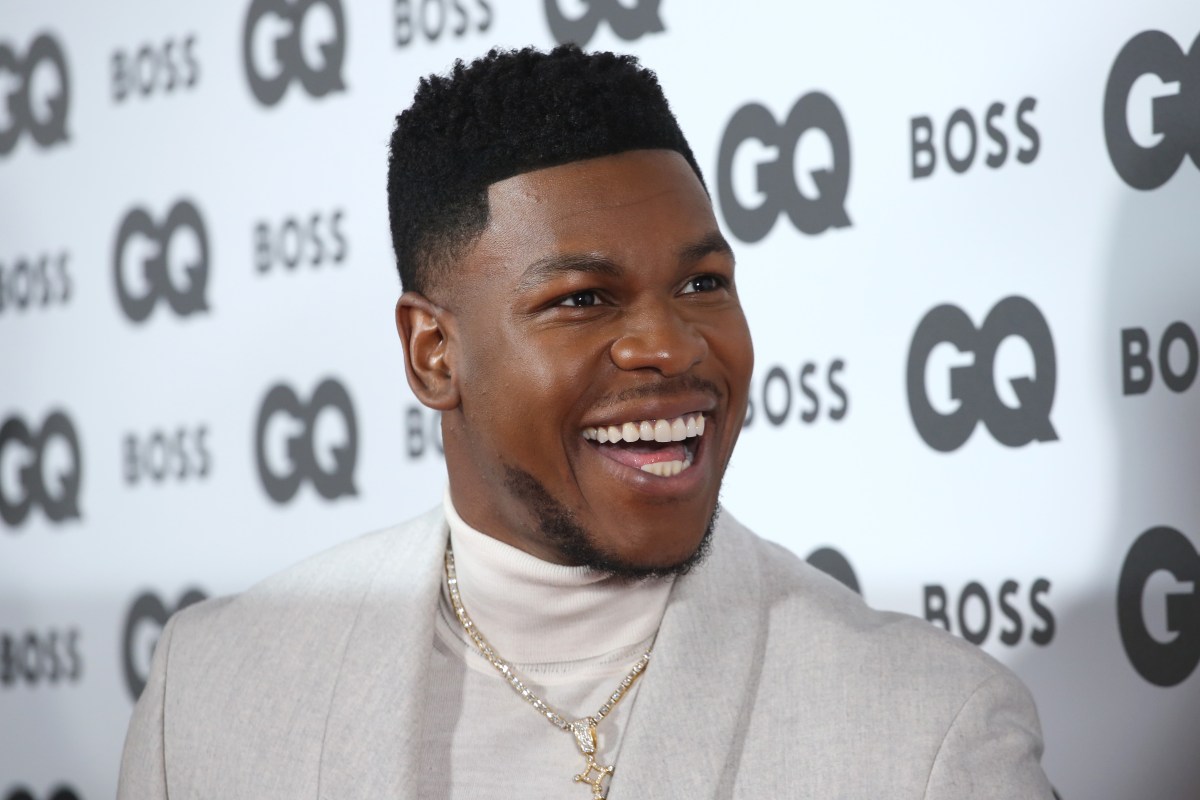 To say that Attack the Block and Star Wars star John Boyega has a rocky relationship with media giant Disney would be a gross understatement. After his Star Wars character, Finn, wound up taking a backseat to his co-stars as the sequel trilogy went on, Boyega wasted no time in calling out Disney for their half-hearted attempts at Black representation, having played up Finn as a much more important character than he ended up being.

At this point in time, Disney and Boyega have a heavily charred bridge at best, and we’d be hard-pressed to believe that the actor will accept a role under the House of Mouse umbrella any time soon. Fortunately, imagining a completely different world where Disney made good on their promises and subsequently didn’t draw Boyega’s justifiable criticisms is a much easier task, with the actor no doubt having already been part of many a fancast for franchises like the Marvel Cinematic Universe.

As self-proclaimed indulgers of such imaginings, here are five characters that, if Boyega and Disney ever reconcile, the actor could portray in the MCU.

Science fiction is one of Boyega’s many breads and butters. Outside of Star Wars, the actor has appeared in such sci-fi flicks as Pacific Rim: Uprising, the upcoming They Cloned Tyrone, and, of course, Attack the Block, the film that launched his career on screen. He’s also confirmed to be returning for an Attack the Block sequel, reprising his role from the first film.

It’s therefore not much of a stretch to imagine him in Bishop’s shoes, a time-traveling mutant from a dystopian future that’s often equipped with a police-issued plasma rifle. With the X-Men approaching their MCU debut in the next few years, we could very well see Bishop show up with his present-day allies. Omar Sy (Lupin) originally played the character in X-Men: Days of Future Past. With everyone expecting that universe to be the victim of an incursion, Bishop is going to need a variant, and Boyega, who’s no stranger to playing former law enforcers with plasma rifles, would be perfect.

Shifting gears with Boyega’s prominence in genre fiction, the MCU would be a great opportunity to see Boyega branch off in that department. He’s done plenty of sci-fi, and the MCU is already packed to the brim with magic/fantasy-esque characters, but what about the Western?

Enter Matthew Hawk (aka Two-Gun Kid), one of Earth-616’s most famous figures of the Old West. In the comics, the Avengers end up doing battle with Kang the Conqueror, who proves to be a tricky opponent thanks to his time-travel abilities, and the team winds up back in the days of saloons and showdowns. Matthew, intrigued by the new arrivals, quickly befriends the Avengers and joins the fight alongside Kang.

He ends up becoming a close friend of Hawkeye in particular, which sparks an interesting fan theory. What if The Kang Dynasty sees the Avengers team get separated in a wide variety of different time periods, and each member winds up befriending numerous new heroes that ultimately come along to face Kang in Secret Wars? Should Clint Barton survive the next couple of movies, perhaps he and Kate Bishop wind up in the Old West, where they ultimately recruit a Boyega-portrayed Matthew Hawk.

Maybe that’s a bit of a stretch, especially considering that Disney is unlikely to make amends with Boyega come the release of The Kang Dynasty, but it’s a fun stretch nonetheless, and seeing Boyega brush up on his Western chops would be an entertaining development in its own right.

Boyega gave an enrapturing performance in The Woman King as Ghezo, the king of Dahomey, so seeing him take on a similar role as the future king of Wakanda would be cause for plenty of hype.

The biggest obstacle to such a vision is the fact that T’Challa is, in the present-day MCU, a small child, so for Boyega to realistically portray a grown-up T’Challa, we would either have to see a brand new, self-contained Black Panther film set in the future (perhaps similar to how Captain Marvel was set in the 1990s despite releasing after the present-day Avengers: Infinity War), or wait a decade and change and pray that Boyega ages gracefully.

Chadwick Boseman, who portrayed T’Challa, Sr. before his tragic passing in 2020, was around 38 years old when he starred in Black Panther, and with Boyega having only turned 30 earlier this year, we imagine the right dose of small timeskips in the MCU canon could age up T’Challa, Jr. to a point where Boyega could reasonably, and successfully, take on the role.

The future of the MCU’s iteration of Spider-Man may be a large question mark at the moment, but a great deal of the webslinger’s associates and adversaries continue to linger quite largely in the pockets of Earth-199999. We already know that Daredevil will be taking his endeavors up a notch in Born Again, and a piece of Tom Hardy’s Eddie Brock/Venom is currently residing in the MCU as of Spider-Man: No Way Home‘s mid-credits scene, though it has yet to make a move in the new surroundings. Furthermore, we have our doubts that Donald Glover’s turn as Aaron Davis (who, in the comics, is the premier holder of the Prowler mantle) in Homecoming is the last we’ll be seeing of him.

Hobie is a character that connects just about all of Spider-Man’s ghosts, and could play a key role as Spider-Man’s newest ally going forward, given that Tom Holland’s Peter Parker had his old support system completely removed from his life.

In the comics, Hobie briefly took on the Prowler mantle before becoming reformed, eventually becoming an associate of Spider-Man and helping him out of several binds (such as impersonating the webslinger to help hide Peter’s identity), so perhaps the MCU’s version of Hobie could also discard the Prowler mantle after allying himself with Spider-Man, giving Glover’s Aaron Davis the room to take it on himself.

Hobie, who presently dons the Hornet mantle in the comics, has fought against the alien symbiote race that Venom belongs to, and has also squared up against White Tiger, a version of whom is heavily rumored to be appearing in Daredevil: Born Again.

Bottom line, Spider-Man needs a new friend after everything that went down during No Way Home, and with Hobie Brown offering up a whole menu of delectable nuances to delve into, this is one character we’d love to see Boyega in particular bring to life.

This entry could just as easily be a variant of Kang the Conqueror, but that seemed too easy of a fancast for the likes of Boyega when there are much more interesting possibilities at play.

Let’s face it—Kang is not going to be an easy opponent. Relative to the other high-profile threats featured in the MCU, such as Thanos and, to a lesser extent, Ultron, Kang looks to be on an entirely different plane of power as a threat to the entire multiverse. In short, the Avengers are going to need some transcendental assistance if they want to have any hope of defeating Kang, and Boyega could be the face of that assistance in the form of Jonz Rickard.

Jonz is a wielder of the Destiny Force, an energy source that, while said to be inherent in every member of humanity, has only been tapped into by a select few. Some enhanced individuals, such as members of the Super Soldier program or users of Pym Particles, are believed to be capable of tapping into the Destiny Force subconsciously in order to manage their abilities. Known Pym Particle user Scott Lang encounters and studies the Destiny Force in the comics, and so one could go as far as to say that the power could even be named dropped as early as Ant-Man and the Wasp in Quantumania. As for Jonz himself, he’s portrayed as an enemy of both Kang and the Avengers, originally imprisoning the heroes due to perceiving them as heretics, and later being summoned by the Time-Keepers (who have already shown up in Loki) to fight against both Kang and the Avengers.

All-in-all, Jonz boasts a wonky relationship to Marvel’s gallery of heroes and villains, and it’s one that would undoubtedly need some tweaking if he were to be brought into the MCU. With so many of Jonz’s in-comic associations already being a part of the franchise, to say nothing of how dazzling a showdown between Boyega and Jonathan Majors would be, he’s certainly not a character that we can, nor want to, rule out.

Bishop wound up being a more-than-satisfying entry to give that nod to Boyega’s relationship with science-fiction, but Cable, the time-traveling cybernetic soldier and the son of guaranteed future MCU hero Cyclops, came very close to stealing that distinction from Bishop.

The only reason Cable didn’t officially make the list is due to Josh Brolin’s on-going four-film deal, which, in our professional opinion, all but confirms that Brolin’s version of the character will be making the jump to the MCU with Deadpool, who’s set to make that very jump in the upcoming Deadpool 3. Brolin himself even once stated that there’s still “a lot to be revealed” about Cable, and with Deadpool 2 currently being the only film that has taken up a portion of Brolin’s aforementioned contract, we imagine the MCU will be filling in the gaps, given Deadpool’s imminent defection from the Fox universe.

Should we get word of that contract coming to a premature halt, we’ll take Boyega’s portrayal of Cable over Bishop 10 times out of 10. The more the actor can play with his sci-fi roots, the better.