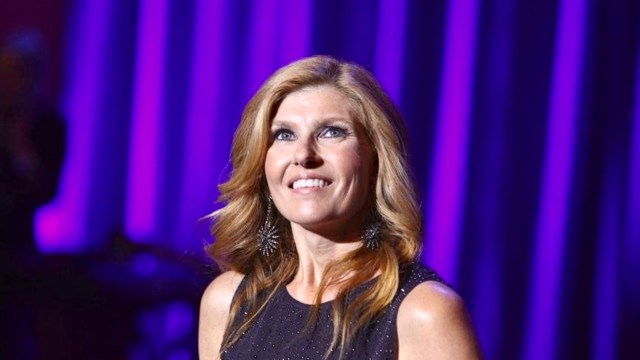 Connie Britton’s career has spanned two and a half decades, beginning with her first role in the 1995 indie comedy The Brothers McCullen. From major theatrical releases to indie films and acclaimed television shows, the veteran actress has done it all.

Some of her iconic roles such as Tami Taylor in Friday Night Lights and Vivien Harmon in American Horror Story: Murder House have earned her significant praise and won her multiple awards and nominations. Up next, she is set to appear in a leading role in the upcoming Apple TV Plus drama, Dear Edward.

With a lengthy filmography, selecting her best works is no easy feat, but here are 10 of Connie Britton’s most appreciated acting performances in film and television, ranked.

Spin City was one of Britton’s earliest jobs, and she stole hearts as the sweet accountant in the mayor of New York City’s office, Nikki Faber. Spin City is a sitcom set in a fictionalized version of the New York City mayoral office where all affairs are unofficially handled and controlled by the Deputy Mayor, Mike Flaherty, played by Michael J. Fox. The show follows Mike and all the office staff as he tries to manage the politics involved with working with the Mayor, all while neglecting his personal life. Britton was a main cast member for 100 episodes before departing after the end of the fourth season.

Britton starred in the first season of the procedural TV series, 9-1-1. The show follows the personal lives of several first responders in the city of Los Angeles such as firefighters, police officers, paramedics, and more. Britton starred as Abigail Clark, a 9-1-1 dispatcher who had to deal with the pressures of her job, as well as taking care of her mother who suffered from Alzheimer’s. She departed the series after the first season, but made a guest appearance in the third season.

Britton starred in the first season of the anthology series, American Horror Story as Vivien Harmon, a wife and mother who unknowingly moved her family into a haunted house after her husband’s infidelity, in an attempt to have a fresh start. Britton was so beloved that fans rallied to have her in many of the subsequent seasons, but she didn’t make a return to AHS until the eighth season, Apocalypse, where she reprised her role as Vivien.

7. The Land of Steady Habits

The Land of Steady Habits is a drama film that shows the difficulties of late adulthood with a deep and complex story about identity and responsibility. It follows a man named Anders Hill who recently divorced his wife and retired early from his well-paying job. We see Anders fall into a spiral of drugs and sex as he goes through an existential crisis, and tries to understand who he is. Britton plays Barbara, Anders’ eventual love interest.

Britton stars in the first season of this comedy-drama anthology series on HBO as Nicole Mossbacher, a company CFO on vacation at the resort with her husband and children. The White Lotus is set in a fictional resort and features an ensemble cast as the staff and guests of the resort, many of which have dysfunctional lives and pasts that cause humor and stir up drama in each episode. Britton’s performance was met with widespread praise from critics, and she was nominated for the Emmy Award for Outstanding Supporting Actress in an Anthology Series, but the award went to her co-star Jennifer Coolidge.

Britton starred as Debra Newell in the first season of the true-crime limited anthology series from Bravo. The series was developed based on the true-crime podcast of the same name, hosted by Christopher Goffard. Dirty John follows Britton as an interior designer who meets and falls in love with a charismatic man named John Meehan. Debra thinks that her perfect life is now complete with the perfect job and perfect man, but John turns out to be a menacing addition to her fantasy, and Debra finds herself caught up in his lies, and manipulation as she fights for her life against him.

Bombshell is an ensemble-led drama starring Margot Robbie, Nicole Kidman, and Charlize Theron. The movie is based on the real-life events surrounding former Fox News founder, Roger Ailes. Bombshell is the story of Gretchen Carlson, a woman who worked at Fox News and was constantly sexually harassed by Ailes until she finally spoke up. Britton plays Beth Ailes in the movie, Roger Ailes’ wife.

Promising Young Woman is a powerful, Oscar-winning movie about rape culture, revenge, and mental health. The movie follows a young woman named Cassie who is depressed and dysfunctional seven years after the death of her best friend, Nina. When Cassie finds out that Nina’s abuser is about to get married, she concocts a revenge plot against all the people she believes are to blame for what happened to Nina. Britton plays Elizabeth Walker, the school Dean who dismissed Nina’s case all those years ago.

Tami Taylor is undeniably one of Connie Britton’s most iconic characters and widely regarded as her finest acting performance in her career. Friday Night Lights followed the lives of the high school football team in Dillon, Texas, a small community. Kyle Chandler and Connie Britton play the parts of team’s coach and his wife who serve as parental figures for many of the kids. Tami was not only the wife of Coach Taylor but also the school guidance counselor, before becoming the principal of the school. For her role, Britton received much critical acclaim and numerous award wins and nominations.

Another one of Britton’s most iconic characters is Rayna Jaymes, a music star in the musical soap opera, Nashville. The show follows Rayna, a popular country music singer who is struggling with her diminishing popularity, and an aspiring young singer named Juliette Barnes, played by Hayden Panettiere, who begins to rise in fame. The show follows the rivalry between the two, and both lead actresses were praised for their respective portrayals. Nashville lasted six seasons, though Britton left the cast after five.