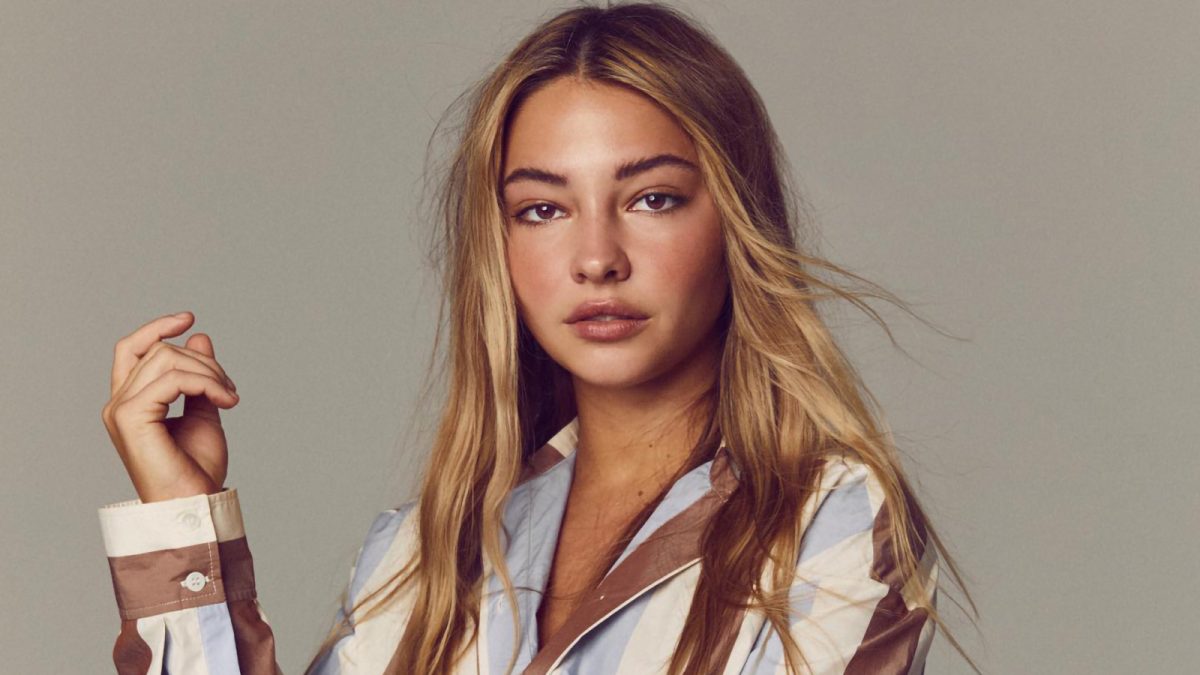 Although Madelyn Cline‘s career in Hollywood is just getting started, she already has an impressive résumé under her belt filled with memorable movie and TV show roles. The stunning young starlet is 25 years old and en route to follow in the footsteps of popular actresses like Jennifer Aniston and Angelina Jolie. With over 13 million followers on Instagram, her popularity is undeniable, and these are some of her most best roles.

Madelyn starred in an unrated thriller called The Giant in 2019. It received 4.3 stars on IMDb, which isn’t all that impressive, but the film is still worthy of mentioning since it has such a captivating premise. It tells the story of a young girl living in a small southern town whose boyfriend suddenly reappears after having been missing for some time.

Instead of basking in the excitement that her boyfriend has returned, she realizes she should sleep with one eye open as a series of vicious murders begin to take place. She has to figure out if her boyfriend is the killer or another potential victim.

Set in the late ’90s, What Breaks the Ice is a 2020 drama starring Madelyn in a leading role. Madelyn’s character, Emily, becomes unlikely friends with another female student at her school named Sammy who comes from a starkly different background. Despite knowing that they have nothing in common, they hit it off as friends and become as close as sisters. Unfortunately, their friendship is tested when they get caught up in the drama of a mysterious murder in their local area.

Wild Flowers is a seven-minute short film starring Madelyn as Luna, who happens to be a lovely and aloof girl in the center of a dramatic and passionate love triangle. The fantasy aspect of the short film sheds light on what it means to be deeply in love with two different people at the same time. The complexities of being caught up in a love triangle can be messy, and this movie highlights that.

Madelyn starred in the comedy drama, This is the Night, playing Sophia LaRocco. Set during the summer of 1982, the story follows the lives of some angsty teenagers growing up on Staten Island. The main character is a young man named Anthony who decides to go on a journey that will impact the lives of his family members in a significant way.

He takes it upon himself to teach his family members that they need to start living their lives in the moment since tomorrow is never promised. Sophia is a high school student who is interested in joining him on his adventure. Anthony encourages his family to attend major events, watch new movies, and stay out late.

Madelyn played the role of a preppy high school cheerleader who roots for the Warriors sports team on Vice Principals. It’s one of the more highly rated projects Madelyn has been involved with, ranking eight stars on IMDb. The show tells the story of Neal Gamby, a man passionate about his family life and his professional career. He’s overprotective of his children, and he’s super ambitious about landing a position as a school principal. He goes head to head against another popular candidate who almost ruins his plans.

Madelyn landed a role in this 2018 biographical drama. In Boy Erased, she plays Chloe, who dates a boy named Jared, whose father is as a Baptist pastor in a small town. After he is exposed for being part of the LGBTQ community, he feels alone and abandoned in the world. Prior to getting outed, Chloe who helped him keep his secret. Unfortunately for him, his parents force him to attend a conversion therapy program in an attempt to change his mind about his sexual orientation.

In The Originals, Madelyn snagged the role of Jessica, a witch who arrived in town from the French quarter. A Vampire Diaries spinoff, the series tells the story of a group of power-hungry, thousand-year-old vampires. Instead of letting sleeping dogs lie, they decide to come together to take control of a city they built generations ago by seeking revenge on anyone who ever got on their bad sides.

Madelyn plays the role of Sarah Cameron in Outer Banks, arguably one of the most intense and talked about Netflix original TV shows to watch. It keeps viewers on the edge of their seats thanks to its heated premise and fierce characters. Sarah is a teenage girl who is willing to risk it all to be on the right side of history. She falls in love with a boy named John B. Her father accuses him of crimes he was never involved with. She has to make a dire decision and pick between being loyal to her father or her boyfriend.

Madelyn played the role of Tina during the second season of Stranger Things. Tina was a minor character in the show even though her house was the backdrop of one of the biggest celebratory events at Hopkins high school. She’s the one who hosted the Halloween bash of 1984 while crushing on Billy Hargrove. Stranger Things is one of Netflix’s biggest hits after premiering in 2016 with tons of supernatural forces and thought-provoking plotlines.

Madelyn plays the role of Whiskey in Glass Onion: A Knives Out Mystery, a Netflix movie that premiered in 2022. She took on the role of a young and beautiful social media influencer dating a much older man named Duke played by Dave Bautista. She held her own alongside an all-star cast that included Daniel Craig, Kate Hudson, Edward Norton, and Janelle Monáe. The movie is about a group of wealthy individuals who vacation on a private island together while wrapped up in a messy murder mystery.