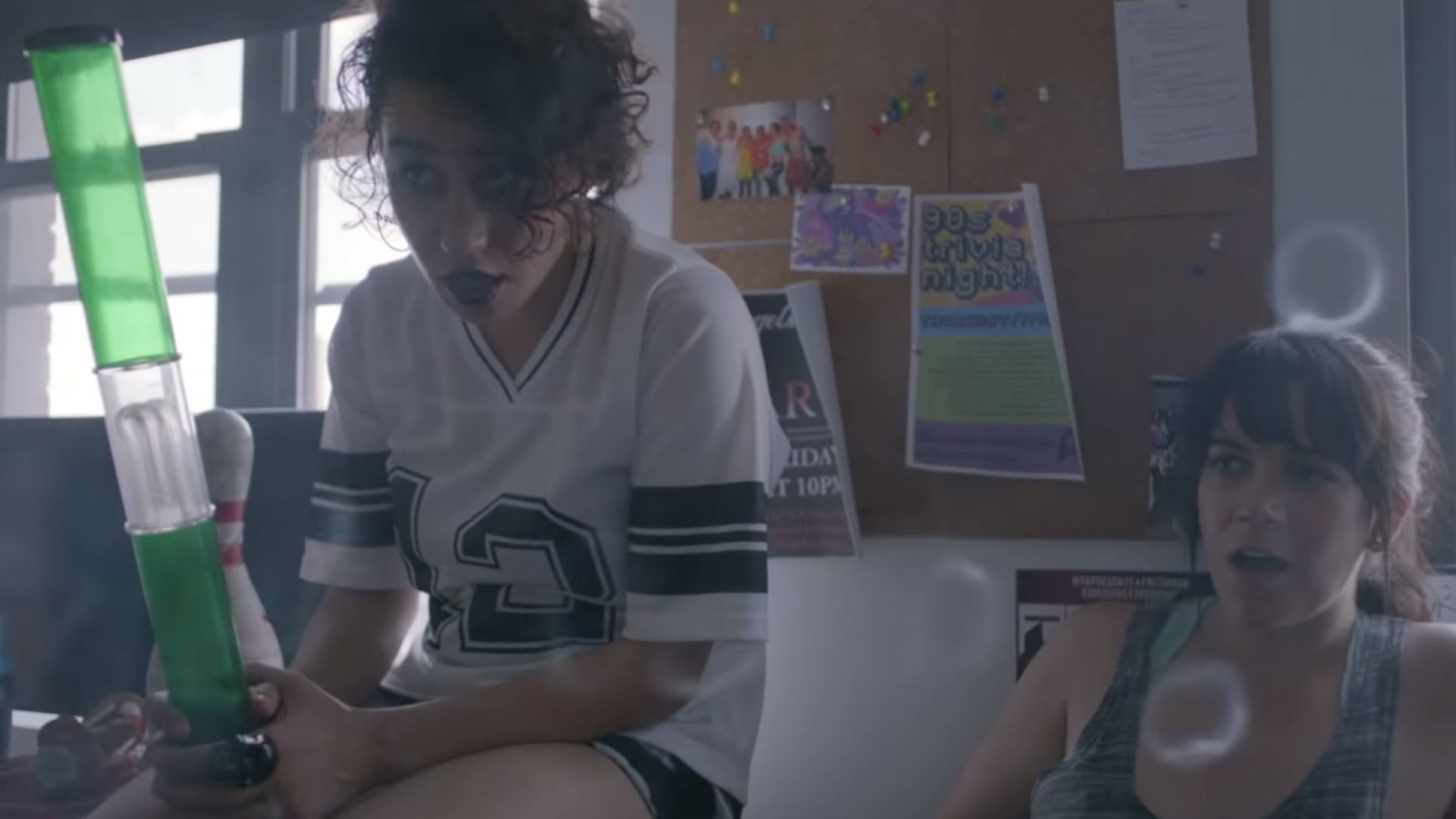 The unofficial holiday of pot smokers comes around every 4/20, providing an excuse for marijuana fans around the globe to indulge in their favorite pastime.

April 20 has been the haziest day of the year for decades now, starting in the 1970s with a group of high school stoners. Each year, its arrival prompts potheads to take off work for the day, choosing instead to toke it up and relax. A number of activities often accompany a good gigglesmoke sesh, but binging a good film is a longtime favorite. Some films suit the ganja better than others, however, and a few favorites have long been lauded as stoner staples.

We’ve selected a total of 10 movies and TV shows to make this 4/20 one to remember. Beef up your high-liday with these stellar stoner picks.

Seth Rogen and James Franco shine in this 2008 stoner favorite. The film features the powerhouse comedy duo’s misadventures after they accidentally witness a murder and are pursued out of the city by murderous thugs. This film is rife with hilarious dialogue and situational comedy, and is all but guaranteed to keep viewers entertained as it veers almost violently from one chaotic, side-spliting moment to the next.

The Big Lebowski — Stream on Peacock

An absolute classic, The Big Lebowski is good on any day of the year, but it just hits different on 4/20. This film is a staple of stoner culture, starring Jeff Bridges in the lead alongside a stellar cast that includes John Goodman, Julianne Moore, Steve Buscemi, and Philip Seymour Hoffman. It follows Bridges’ The Dude, who finds himself wound up in a convoluted plot thanks to a case of mistaken identity. Despite a mixed initial reception, The Big Lebowski has since become a cult classic, and a particular favorite among potheads.

It was intended as entirely serious at the time, but these days Reefer Madness is a guaranteed laugh. The 1936 propaganda film was created as a warning against the dangers of marijuana use, but was destined to eventually become one of the biggest punchlines in the pot smoking world. The scenarios imagined in the film are utterly absurd to anyone who’s actually smoked a “marijuana cigarette,” which makes them an absolute delight to enjoy while high.

Dazed and Confused — Stream on Peacock

It’s hard to beat Dazed and Confused for 4/20 viewing. Everything about this film practically screams weed, from its characters and dialogue to its rainbow-drenched 1970s aesthetic. Collider accurately notes that marijuana hardly makes an appearance in the 1993 film, but that doesn’t stop it from coming across like a stoner’s early-morning fever dream.

If only to finally understand the context behind the heavily memed “Bye Felicia” quote, Friday is well worth a watch this 4/20. Unlike some of the goofier films on this list, Friday manages to balance its persistent humor with genuine heart, and pull it all off on a bare budget. Starring Ice Cube and Chris Tucker, this movie is insanely quotable and sports a number of absolute musical bangers from the mid-90s.

One of the stoner film franchise’s titans, Bill and Ted has been a favorite among potheads since it was released in 1989. Starring the unparalleled Keanu Reeves alongside Alex Winter as the titular Bill and Ted, the films follows a pair of dense stoners on a transtemporal journey through space and time. It’s weird and utterly wonderful, and serves as an all-too-necessary reminder to “be excellent to each other”.

These films are all but guaranteed to keep you chuckling throughout their runtime, as titular stoners Harold and Kumar set off on a series of bizarre and uproarious adventures. There are three films in the franchise in total, each of which lean into the incredible chemistry between leads John Cho, Kal Penn, and Neil Patrick Harris. The likability of the main characters in this franchise really carries it, as does the often vulgar — but perpetually enjoyable — humor.

Solid 4/20 content is not restricted to films. While most popular shows sport at least a few amusing references to the devil’s lettuce, some series are built entirely around marijuana — its use, the process of selling it, and the many hijinks people get into while high on it. Try out these stellar series for a shift in how you enjoy your 4/20 fare.

It’s hard to beat Broad City when it comes to modern takes on classic stoner comedy. The show stars the utterly hilarious duo of Ilana Glazer and Abbi Jacobson as they awkwardly work toward their version of success in New York City. The show abandons the “girl boss” trope so common in female comedy pairings, instead leaning into Ilana and Abby’s meandering journey toward finding themselves— an effort that would likely be easier if they didn’t smoke so much weed.

While this show isn’t entirely built around the use of marijuana, it does feature heavily throughout the show’s eight-season run. That ’70s Show was a major culprit behind the eventual success of Ashton Kutcher, Mila Kunis, and Topher Grace, introducing them as a collection of high school stoners in the mid-1970s. It represents stoner culture in a stylized period setting that perfectly suits its retro-hip vibe.

For a very different style of weed-based show, try out Weeds. More serious than most of the entries on this list — but still boasting plenty of comedy — this show is entirely built around marijuana. The show balances humor with drama, as Mary-Louise Parker’s Nancy Botwin tries her hand as a weed dealer following the death of her husband.

You can also enjoy various stoner episodes from popular sitcoms and television series. Shows like How I Met Your Mother, American Dad, Bob’s Burgers, The Simpsons, and Community all boast delightful 4/20 episodes, which you can binge until your lungs give out.