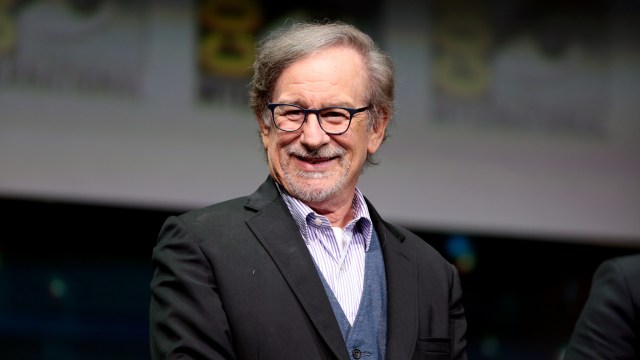 Steven Spielberg, need I say more? I suppose I do, but it is a tall task to even attempt to talk about a screenwriter, producer, and director as totemic as Steven Spielberg. This is a man, after all, who all but invented the modern blockbuster, a director responsible for so many legendary movies and one who changed the way we think about movies as a whole. If even the most movie-averse person in the world was prompted to name one movie director, they would probably name Spielberg, a name that has become synonymous with the movies over the last 40-plus years.

Now, as Spielberg prepares to release his latest film, The Fablemans, we figured this was as good a time as any to look back on his long and storied career. Spielberg was born in Ohio in 1946 and quickly became a movie obsessive, even making his own movies as a young teenager. After moving to California and attending California State University, Long Beach he got his proper start directing television. It wasn’t until he got his big break directing 1975’s Jaws that his career fully took off. The success of Jaws led him to several bigger opportunities and eventually made him the most popular and powerful director in Hollywood.

47 years and 34 movies later Spielberg remains a force to be reckoned with and one of the most important people in movies. Here is our ranking of his top 10 movies, ranked from worst to best.

With Spielberg being as prolific as he has been over his career, there are a few years where two of his movies come out in a single calendar year, not something that many other directors can claim. 2005 was one of those years and while many would have pegged Munich as the more “serious” and “essential” of the films, it was actually the Tom Cruise vehicle War Of The Worlds that turned out to be the better movie.

Based on the 1898 H.G. Wells’ novel of the same name and, of course, the famous 1938 radio drama by Orson Welles, War Of The Worlds tells the story of a dock worker named Ray (Cruise) who must scrape and claw his way to save his family from invading extra terrestrials. War Of The Worlds was both a critical and commercial success, making over $600 million at the box office.

By 1998, Spielberg had solidified himself as an important adult filmmaker rather than simply a crowd-pleaser, but even by those standards, Saving Private Ryan was especially gnarly in its depiction of the Battle of Normandy in World War II. Featuring a star-studded cast of Tom Hanks, Tom Sizemore, Edward Burns, Barry Pepper, Giovanni Ribisi, Vin Diesel, Adam Goldberg, and, of course, Matt Damon as the titular Private, this is a movie of epic scale and proportion.

Telling the story of a squad tasked with saving a single soldier for the good of morale, this is a film which attempts to depict the chaos of war as much as or more than the heroism. For his effort Spielberg took home his second Academy Award for Best Director.

Loosely based on the 1956 short story “The Minority Report” by Philip K. Dick, this movie marks the first of two collaborations Spielberg would have with acting megastar Tom Cruise (and the second already on our list). While this film features a convoluted plot involving an agency devoted to stopping crime before it occurs, it was praised for the way it analyzed the push and pull between free will and determinism in a way that was both intellectually stimulating and viscerally engaging. It also engaged with the way a government might survey its citizens under the guise of protection, something that was oddly precinct given the era in which it was released.

Up until this point, Spielberg had been known mostly for the kind of crowd-pleasing fare he’d done so well in his early years but this Schindler’s List significantly changed that. Based on the 1982 novel, Schindler’s Ark, by Australian novelist Thomas Keneally, this movie was concerned with weighty themes and, obviously, emotionally intense subject matter. In fact, Spielberg himself was wary of making a film about the Holocaust, an event that directly effective his family.

For years, he’d been kicking around the idea and offering it to other filmmakers. Thankfully, he eventually decided the time was right and tapped Liam Neeson, Ralph Fiennes, and Ben Kingsley to star. The movie would go on to win Best Picture and earn Spielberg yet another Best Director win.

How do you follow up a movie like Jaws (a movie we will get to later)? No, seriously, I’m asking because it seems damn near impossible. Well, good thing I am not Steven Spielberg, because to him, the answer was simple, make something as indelible as Close Encounters Of The Third Kind, a quiet and thoughtful exploration of the obsession and the supernatural. In many ways, this was the movie Spielberg was preparing to make his whole life, featuring ideas he’s put on film back during his days making home movies.

Starring Richard Dreyfuss as Roy Neary, a man who has a life-changing encounter alien life, Close Encounters was an overwhelming success, making over $300 million on a budget of less than $20 million and cementing Spielberg as the commercial director of the 1970s.

In keeping with the themes within the prior movie on our list, Spielberg once again explores the supernatural, this time arriving at something a little more family friendly and childlike in its wonder. Written by Melissa Mathison, E.T.: the Extra-Terrestrial is a story that centers on a young boy named Elliot who comes across an alien left behind on earth. Whether this little animatronic creature is adorable or terrifying is something I will leave up to the reader but it is hard to deny just how easily he is able to worm his way into your heart.

It is hard to overstate the effect of a movie like E.T.: the Extra-Terrestrial. Not only did the movie surpass Star Wars to become, at the time, the highest grossing movie ever but it remains a cultural touchstone, with the words “E.T. phone home” immediately recognizable.

By 1993 Spielberg really didn’t have a single thing to prove. By this time, he was already entrenched as one of the most innovative and imaginative directors of all time. And then he made Jurassic Park and added yet another historic accomplishment to his overstuffed resume.

Set on the fictional island of Isla Nublar, Jurassic Park is the cautionary tale of a wealthy businessman thinking he can control nature and having nature spit (and growl) right in his face. Starring Sam Neill, Laura Dern, Jeff Goldblum, and Richard Attenborough, Jurassic Park has spawned five additional movies, most recently with this year’s Jurassic World Dominion.

This one is a bit different than the majority of the movies on our list. A decidedly adult drama with no supernatural elements, Catch Me If You Can is a biopic of sorts telling the story of Frank Abagnale, a man who infamously conned his way throughout the United States and abroad, posing as a pilot and doctor, forging hundreds of checks wherever he went. DiCaprio stars here in his one and only collaboration with Spielberg in what is an absolutely fantastic performance, giving Abagnale all the fast-talking charm you would expect from a professional hustler. On the other side we have Tom Hanks, playing a FBI agent hot on his tail, the cat to his mouse.

This is when Steven Spielberg announced his presence to Hollywood, and what an announcement it was. Jaws was the movie that made the summer blockbuster a thing and the reverberations of its massive success are felt to this day. Even reading this you can probably hear the song, that thumping score as the camera comes closer and closer to those poor unsuspecting swimmers. Jaws might just be the greatest horror movie that is not a horror movie.

All I know is I wanted to be nowhere near a body of water after my first time watching this movie. Not for the last time, this movie put Spielberg on the top of the list, as Jaws became the highest grossing film of all time upon its release.

As good as Jaws, and the rest of the movies on this list, continue to be even after a dozen rewatches, nothing quite holds up like Raiders of the Lost Ark, the first in the Indiana Jones film series. There are a lot of reasons this movie works; wonderful score, impeccable direction, swashbuckling story, melted Nazis, etc. But all pale in comparison to the man himself. Indiana Jones is, to put it simply, the greatest action hero of all time and, to my mind, it’s not particularly close.

Harrison Ford is the perfect star for any franchise and is perfectly cast as the whip-smart archaeologist with a heart of gold. Sure, the next three movies don’t quite stack up, but that doesn’t take anything away from this almost perfect movie.