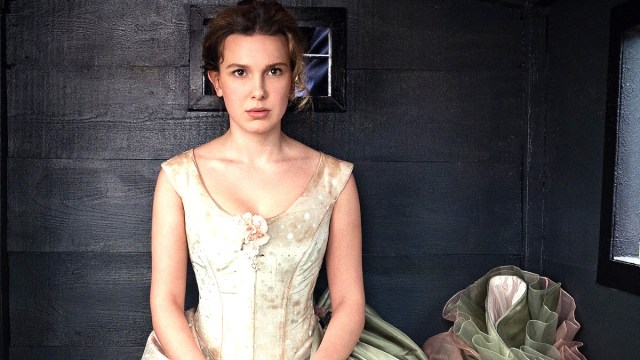 Having recently headlined one of Netflix’s most popular runs of original television ever, Millie Bobby Brown will be returning to our screens later this year to take top billing in the sequel to one of the streaming service’s most-watched in-house movies of all-time, which she also produced. No pressure on Enola Holmes 2, then.

Fans have been starved of updates on the second sleuthing installment for what feels like forever, but Netflix has now repaid that patience in a huge way by dropping the first batch of images from the hotly-anticipated sophomore outing for the teenage sleuth, which you can check out below.

Henry Cavill is also back as the buffest and most handsome Sherlock we’ve ever seen, so you can bank on Enola’s latest adventure taking a sizeable bite out of the most-watched charts when it premieres. Needless to say, Brown’s ascendancy up the Hollywood ladder can’t be stopped, and at 18 years old she’s arguably one of the jewels in Netflix’s crown of content.

Let’s not forget that on top of Stranger Things‘ fifth and final season, she’s also got medieval fantasy actioner Damsel on the way, while she’ll be sharing the screen with Chris Pratt, Michelle Yeoh, Stanley Tucci, and more in Joe and Anthony Russo’s $200 million post-apocalyptic sci-fi extravaganza The Electric State.

With the first images out in the open and a November 4 release date confirmed, the next step for Enola Holmes 2 is a trailer, which surely won’t be too far away.