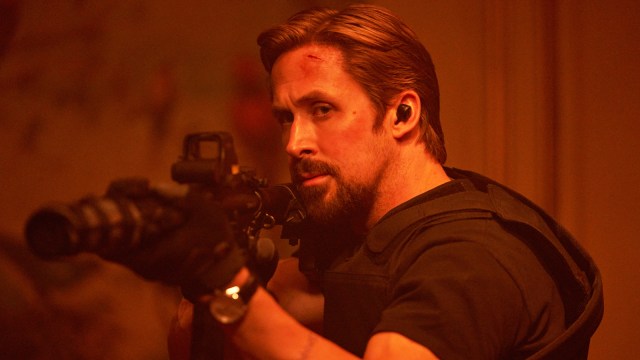 According to Netflix, The Gray Man is going down a treat with audiences, even if the movie’s user and critic scores don’t necessarily reflect that success. Besides, when you put “successful movie” and Netflix together in a sentence, you know what you’re unequivocally going to get are a bunch of sequels and spinoffs.

That’s indeed where the Russo brothers are headed next. Now that Ryan Gosling has made his debut as Sierra Six, the most badass intelligence agent after James Bond, the creative duo is embarking on an ambitious journey to milk the action-thriller out of this franchise.

After announcing that a sequel and one spinoff are already in development, the Russos claim in a chat with Deadline that the latter will be “edgy,” perhaps thanks to Paul Wernick and Rhett Reese, the scriptwriters behind Deadpool, who are joining the fore and taking over from Christopher Markus and Stephen McFeely.

“Wernick and Reese will write the spinoff and we’re going to do something a little more edgy and experimental with that. It means that one will be a hard R. Can’t say more at this point.”

The filmmakers must have been relieved to learn that The Gray Man has been a huge success, or else their career would have paid through the nose for making the most expensive Netflix production to date a huge blunder. Fortunately, the streaming giant seems to be content with the movie, though it’s still unclear if they’d be willing to once again spend a fortune on the planned spinoff, or the follow-up, for that matter.

You can stream The Gray Man on Netflix now.