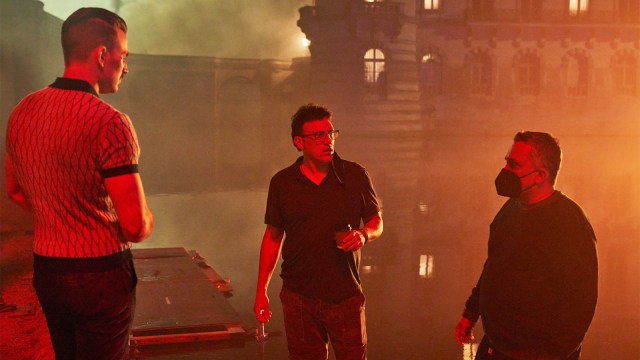 The Gray Man, the upcoming action thriller from Netflix, will be landing in theatres tomorrow. Armed with some headlining names like Ryan Gosling and Chris Evans, a pair of tried-and-true directors in the Russo brothers, and a production budget of over $200 million, the most ever for a Netflix film, the film has the tools to succeed.

Unfortunately, it’s starting to look like that $200 million was a tad misplaced, because critics do not seem very high on The Grey Man thus far.

Currently clocking in at a 53 percent approval rating on Rotten Tomatoes, the bright spots in the overall critical response are few and far between.

Barry Hertz of The Globe and Mail, was unimpressed with the Russo brothers’ latest, questioning the duo’s capabilities when faced with projects smaller than Infinity War or Endgame.

Barry Hertz via The Globe and Mail

In a review from The Wrap, Simon Abrams blasted the film’s writing, characterization, and plot, all of which manage to butcher one another.

“An expensive (and expensive-looking) Netflix-produced action caper that sets the two marquee-topping actors against each other for instantly forgettable reasons.”

Simon Abrams via The Wrap

Meanwhile, Clarisse Loughrey of The Independent dismissed the film as entirely forgettable, along with words such as “desperate,” “limp,” and “airless.”

“It comes off as oddly limp and airless, one of Netflix’s $200m action films (à la Red Notice) that will be on their landing page today and instantly forgotten tomorrow.”

It’s looking like a misfire from the Russo brothers, and an expensive one at that. But for those of you that remained undeterred, you can catch The Gray Man on Netflix on July 22 following its limited theatrical release on July 15.